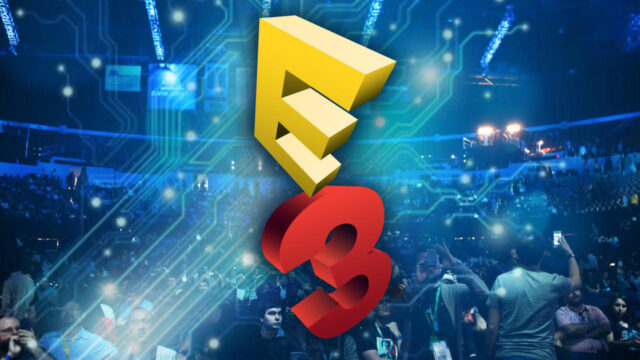 E3 is a biggest event of gaming industry. It’s a time in a year where all the games of future are revealed to the world. You know that every entertainment platform has its own main event just like Oscars or Academy Awards. This is a time when all the eyes of gamers and people who are playing games are focused on gaming industry, paying all their attention to it. It’s the season of E3, live streams and social media which are keeping up with huge announcements both from small or large gaming studios and companies that are showing off their latest games and getting the world excited for gaming future. But, E3 was not always this mayor gaming event, like everything else that evolves over time, E3 also started from somewhere. Even at its, call it – humble beginnings, it felt like cutting edge gaming event, showing us which technology will change the world and showing us what the gamers are going to play in near future. E3 was actually never show on a small scale. In the first years it had more then 50,000 thousand people in audience and sometimes even 75,000.  With that being said, I think it’s time for a little lesson of history. Let’s go down the lane of memory and talk about E3 history and how it all started back in 1995.

First E3 ever happened in May 11, 1995 at the Convention Center in Los Angeles, and I don’t have to say – it immediately started to be the thing. That E3 hosted around 40,000 thousand people and attracted big gaming companies such as Sony, Nintendo and Sega. E3 was immediately deemed as successful event so decision was made to be held every year. One year later Nintendo was the company that dominated E3 with Its Nintendo 64 console system, along with the games such as James Bond Golden Eye and Super Mario 64, N64 was a sure show stopper. 1997 was the year when Sony completely stole out the show, even though the company was not offering any new hardware it was all about games. Sony had really impressive lineups like Tomb Raider and legendary Final Fantasy VII. These iconic titles had convinced many gamers that Sony’s console is their only future choice for gaming.

The next big thing on the gaming scene also came from Sony. They released Game called Spyro the Dragon which was perceived as beater of Super Mario and proclaimed as one of best polished titles at the E3 at that time. But, it was not the only great game presented at the event. From the creator Shigeru Miyamoto came outstanding game Metal Gear Solid. With the announcement of titles like Silent Hill survival horror and Syphon Filter Sony boosted up their game appeal even higher but Nintendo made sure to have few gems on their side too. One of those gems is title called The Legend Of Zelda : Ocarina of Time which is still to this day seen as their biggest release of game in company’s history. I have to say this game is a masterpiece as I’ve played it too. Year 1998 was all about titles on PC. Games such as Duke Nukem, Half Life and Thief. At that E3 event biggest exhibitor was GT Interactive which had 36 game titles to show including titles like Prey, Unreal and Oddworld 2.

In 1999 Sony announced its sequel, the PS2 console and only one year later Xbox was announced. There were many games released at that time but one that caught my eye was Final Fantasy 10 which was at that time amazing and still is. In 2002 the war between the consoles was over as Playstation 2 wins wiht over 30 million units sold worldwide. That year E3 saw many many games but the one game that rocked the show was the release of GTA : Vice City for PS2. Now forward to ear 2007, rumors started to circulate that there will be no more E3 shows. But the rumors were false because the only thing that changed that year is that for the first time ever, the location was changed to Barger Hanger in Santa Monica and audience was downsized. That year only 10,000 thousand people attended the E3. With every next event, E3 was expanding rapidly in terms of quality of games and its presentations which leads me to the E3 this year which is being held from 14.06 till 16.06.2016. I have watched some conferences held by biggest game companies in the world and I have to say this year is shaping up to be one of most interesting in gaming world ever. There were many amazing games presented, such as : The Last Guardian, God Of War 4, even remake of Crash Bandicoot for Ps4, Resident Evil 7, FIFA 17, Battlefield 1 and many more so be sure to watch the live stream of E3 if you can, I bet it’s going to be amazing. E3 is shaping out to be much more then just an event about gaming, and I cant wait to play some of these games!