Home Daily Infographics Do You Know All Domain Endings? Thousands of people are browsing through web every day. They are doing it by typing address in domain name in web browser. Then the web browser and internet technology complete their magic and you are taken to the website you requested. So what actually is domain ending? It’s a domain label that’s paired to specific Internet Protocol address. So this means that domain is on server where website is hosted. Each domain is usually made up from 2 parts. First part is name of domain and second is top level domain (domain endings). Best known domain endings are .net, .com, .org, .info. But, did were you aware there are many other domain endings besides those? People act surprised when they learn about all other domains that are able to be registered. Many of those extensions are aiming for specific purpose of website, for instance .travel could be for industry of traveling or .mobi for all about mobile devices.

There are also other domains that are used to represent specific country. For instance, .JP is for Japan and .IN is for India. There are over 280 online domain endings while 50% of them are .NET and .COM registered domains. Domain extensions have history almost big as internet. IN 1970’s there was a big problem of locating all computers that were connected through networks, and the problem only grew by the time. This problem was solved by giving unique numbers for each of the computers that were connected to the network. Several years later, actually in 1984 exactly, it was the biggest change of things in domain history. The University of Wisconsin standardized fist server with a name, this was the beginning of well known domain endings .org, .net and .com were created along with first ever domain with a name called Symbolics.com. This marked the new era of internet. 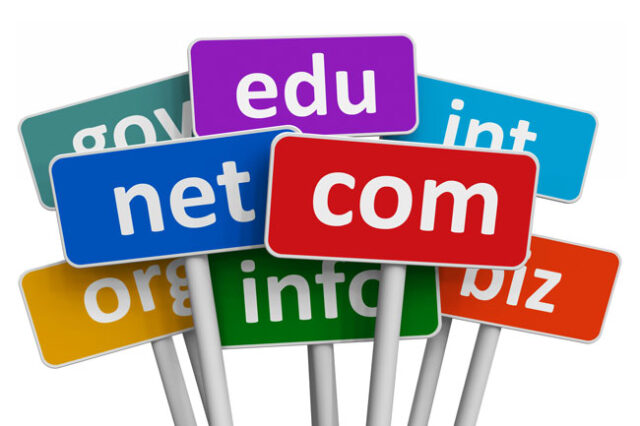 Registering domains was free all the way up to 1995. From then on, everything changed because National Science Foundation requested charging for domain registrations. Network Solutions company started to put prices on domains, ranging from $100 dollars with 2 year registration. There were many developments of domains from 1995 to 1998 when registrations and prices of obtaining domains went down and everyone could get one for yourself at affordable price. In 2000 several new extensions were introduced, .biz, .coop, .museum, .name, .aero and .pro. From 2005 to 2007 following extensions were .jobs, .cat, .tel, .asia and .travel. Just as internet was growing into 21st century, domain names had almost 200 million registrations by 2010. Most expensive domain that was ever sold was for astonishing $35 million dollars. It was called VacationRentals.com. What’s even more funny, buyer bought this domain only to secure it from hands of other competition.