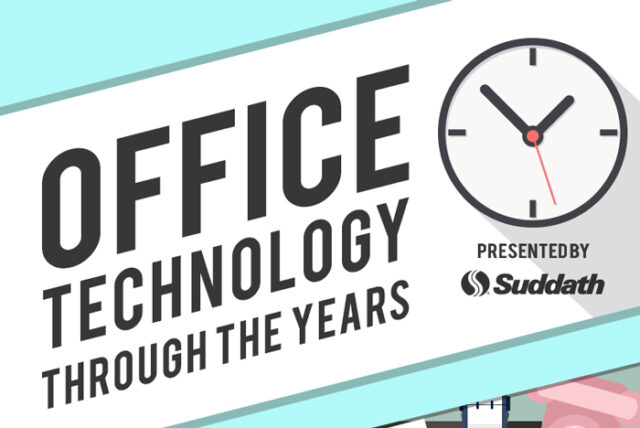 Over the past few decades look of office buildings has drastically changed. If you have worked or you still work in some office for many years you probably felt how development of office technology has changed your surroundings. This article will tell you how offices has changed through the last 50 years and probably will many people relate to this theme because most people of today work in office buildings.

In the 1960s, offices was mostly a male-dominated environments. Most owrkers worked at desk stations with similar layouts and designs and work schedule was nine-to-five. In that time there was no computers to write on, you just had a piece of paper and a pencil. At that time there were no cellphones so workers had just telephones and guess what… People could smoke in their offices because it was allowed at that time.

As years passed by, technology moved forward. By the 1970s, there was no paper and pencil to write on anymore but typewriters that were fully integrated into the workplace. The modern typewriter was designed to help minimize noise in the office environment.

1980s was the decade when desktop computers start to replace typewriters. Also, in that time wireless telephones were IN so every office had them. Over the years office demographics became more diverse as more women started entering the workplaces.

New technologies dominated offices in the 1990s. Global business partnerships grew as computers and fax machines became more prevalent because at with those kind of machines it was easier to communicate and make partnerships worldwide.

As the internet became widely available in the 21st century, working remotely became much more feasible. Laptops and cellphones were the new IN thing at that time so workers could be connected to the office for whole day, even when they were at home. Technology is dominating the most in office environments. Mobile devices (laptop, cellphone etc.) and cloud computing have made it easier to connect and collaborate in real time with people worldwide. Below you can check infographic which shows development of offices and office technology through the years: