Home Home 8 Most Common Tree Removal Mistakes and How to Avoid Them – 2020...

If you’re thinking that cutting down a tree is a simple and easy process, think again. If you’re inexperienced when it comes to cutting down trees you should most definitely avoid it unless you’d like a scene straight out of cartoon happening. Only this time, it might be less funny. A lot of things can go wrong when cutting trees in the wrong manner. They could do some serious damage to your property or even you. Therefore, this job is best left to the professionals, or tree surgeons how they’re sometimes affectionately called.

Most of these people have been cutting down trees for years and they’re aware of everything that could happen, which means they will do the best possible job without any problems. What are these so-called problems you might encounter? Well, today we’re going to talk about that. Let’s mention some of the most common errors or mistakes that can happen while removing dead or unwanted trees from your property and see how we can avoid them. Without further ado, let’s get started.

1. Being ignorant of the surroundings

In this case, the saying ‘Ignorance is bliss‘ is not entirely true. To be honest, quite the opposite of that. Not knowing what you’re doing and attempting to remove a tree can lead to some serious damage and consequences.

First thing you need to do is to assess where does the tree stand in regards to your house, is there any wiring or cords nearby. You don’t want your tree falling on your roof, or taking down the power lines causing damage to you, your neighbours and possibly lighting a lot of stuff on fire. Another thing is to closely inspect the soil under the tree. Check out if there are any roots above ground or some large rocks or obstacles of any kind for that matter that you might trip over. After all, you’re operating a chainsaw, which brings us to our next point.

2. Not knowing how to operate a chainsaw

Chances are, you’re not going to chop down your tree with an axe or handsaw. Those days are long forgotten. Even if they weren’t, chainsaw makes the process a lot easier and faster. Maybe even more fun, but that’s up for debate. All jokes aside, you should be careful, a chainsaw is nothing be play with.

It may seem like an easy thing to operate. You yank a cord, turn on the chainsaw and get right to cutting. That may be the gist of it, but there are things to pay attention to. Check to see is the saw oiled up properly, is everything in its place or are there some things lodged into places that shouldn’t be there.

It’s paramount to pay attention to those things because a single mistake, a distraction for even a fraction of a second can be very costly. Make sure you wear protective gear like gloves and glasses and be focused. You don’t want to cut anything other than the tree.

This is one of the most common mistakes made when removing a tree. Leaving a stump can cause a couple of problems besides being an eyesore. A lot of professionals in the field, like lakesidetreesandstumps.com.au, advise against leaving the stump. You can hire a professional, such as a company we’ve mentioned to come by and grind the stump.

If you decide to skip the stump removal, you are left with a dead part of the tree which is most likely going to get infected by insects, more precisely termites. Termites can be really annoying if they move from the stump to your house. They can and will damage a lot of your wooden elements, possibly jeopardizing the structural integrity of the house and not to mention ruin your furniture.

We’ve mentioned this already, but it should be highlighted separately. Like with any hazardous activity, having a protective gear can be a difference between a job well-done and a trip to the local hospital. Essential gear for tree cutting is protective gloves, glasses and a hard hat. Since you’ll be cutting a tree, there is inevitably going to be a lot of splinters going around. That’s why it’s important to wear glasses and cover your eyes, as well as gloves to protect the hands. You don’t want a splinter getting stuck in your hand and getting infected, nor do you want an eye injury.

5. Cutting down a rotten tree

Although this might seem like the tree that would be easiest to cut down, it’s quite the opposite. A dead or a rotten tree is destroyed all throughout. Yes, it’s easy to cut through because everything inside is dry and rotten, however, that also means that every other part of the tree is rotten. It’s not uncommon for rotten trees to simply collapse or that a part of them just breaks off. All of those can cause a serious injury. However, they are supposed to be cut off, because they’re essentially like a stump that is left over, only much bigger. So, how do you do that? Well, you hire a professional service to deal with the dead tree. That brings us to the next common mistake…

6. Trying to do it all by yourself

People tend to believe that cutting down a tree is an individual task. Whether they are scared of other people’s mistakes or they just don’t want to ask for help, it’s unknown. However, what is known is that this is the way most accidents and botched jobs are done. Don’t tackle this problem by yourself. Give a pro a call and have your tree removed securely.

7. Assuming everything is going to be ok

Even though you can make a tree fall down in a wanted direction, away from anything it can cause damage to, until the tree hit the ground, the job is not finished. Somehow, people seem to forget that. Remember this, even though all of the preparation is done properly, something can always go wrong. Keep focused until the tree hits the ground, only then, you can relax.

Finally, we’ve come to the worse mistake possible and that is assuming you know all there is to it and nothing can go wrong. Please, don’t do that. Make sure you call a professional or at least do thorough research before attempting it yourself, don’t just assume it’s simple.

Hopefully, this article was helpful and has given you an idea of how can you avoid some of the most common mistakes when it comes to removing trees. 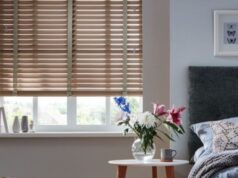 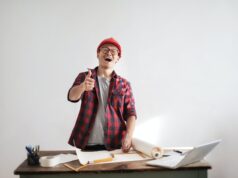 When and How to Seek Building Regulations Approval 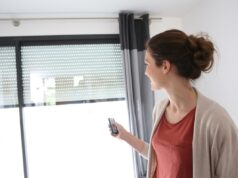 Are Electric Roller Shutters Worth the Extra Money?