Even though IPTV is the superior form of television compared to the other ones, it is still imperfect. Troubles with IPTV can arise, although not too often, but they can be quite frustrating when they do. The worst thing about it is, they often happen when we truly want to watch something, don’t they?

Some of the most often issues IPTV users encounter are slow loading time, buffering, freezing or staying stuck on a loading screen and sometimes even rewind and looping issues. Now, one could argue that almost none of these problems happen with other forms of television, but the advantages IPTV has over the other ones is enough to endure these issues from time to time.

However, we don’t want you to suffer through these issues for too long. More often than not, you can solve any of the aforementioned issues in a matter of minutes, sometimes even faster. Now, this might seem too good to be true. However, we assure you that it isn’t and we’re going to prove it to you in this article. We’re going to discuss the most common issues you might face, tell you how you could troubleshoot them and finally show you how you can easily fix them. So, without further ado, let’s get started!

To better understand the root of all issues, we must begin with the basics. Internet Provider Television, which IPTV stands for, is essentially television that you consume through the internet connection. That is in direct contrast with traditional television, usually broadcasted through cable, satellite or terrestrial delivery methods.

Now, this is not to be mistaken for downloaded content. Even though you are downloading the broadcast, you’re only downloading chunks of it, which allows you to stream almost in real-time, without any delay. You can even enjoy this television format through other sources, such as a set-top box or customer-premises equipment, but let’s not get too technical. This should be more than enough information for you to fully understand why these issues occur in the first place.

So, let’s check those issues out and see how you can fix them.

The most common and arguably the most annoying issues IPTV users face is freezing. What happens is, you’re watching your favourite TV show or a game, and right in the middle of it – it freezes. If you’re watching a live game, that means you’re going to lag, and after a couple of freezes, you’re going to watch what’s happening on the pitch with more than a few seconds of delay and that’s just unacceptable.

So, why does this happen? According to various sources, including IPTV Grand, the freezes usually occur because the network is overwhelmed. If the server is under too much pressure, meaning too many people are trying to consume the content, the server will not be able to output enough data for everyone to receive it at the same time.

So, how do you know whether that’s the case? Well, simply switch the channel or try consuming some other services you’re using from the same provider. If problems stop – that’s the problem on their end.

Another way for you to test this is to check your internet by browsing the web or downloading something. If you do that without any issues, that’s pretty much a clear sign that the problem isn’t on your end.

Another annoying issue that happens from time to time is buffering. You could think of this one as mini-freezes if you will. Buffering is what happens when you can’t consume your content in real-time, but you have to wait for the data packets to be downloaded, so you can stream uninterruptedly.

Once again, the main reason for this happening is overwhelmed server. Virtually, the same thing happens on their end, you only get to experience it somewhat differently. This problem will also cause you a delay and can make the viewing experience intolerable.

To test this out, you’d do the same as the last time. If you get the same results, the verdict is the same – the problem is on their end. However, if the problems continue, chances are, you have a problem on your end. At that point, you should check your internet connection first.

Your first step should be troubleshooting your internet connection and seeing what’s eating up your bandwidth. The problem could simply lie in something taking up too much of your internet, for instance, a large download or something similar. IPTV issues should cease after you’ve sorted your internet out.

Once again, we’re looking at the same thing – it’s either you or them. Now, when you’re stuck, changing the channel usually won’t work because, well, you’re stuck. However, what you can do here is reset your set-top box or your internet router. If that doesn’t help, you can try hard-reset, which would reset all of your gear to factory settings. Again, however, we wouldn’t recommend doing this if you’ve set up your router and modem quite intricately (i.e. MAC filtering, port forwarding etc.)

The best thing you can do at this moment is to grab your phone and call your internet and IPTV provider’s customer service. They should be able to guide you through the process of troubleshooting the issue and if that doesn’t seem to resolve the issue, they will send a team over to your house to try and fix the issue at hand.

Now, if you know your way around your equipment, you can do a few additional things to prevent or solve these issues. First up, you’ll want to avoid using a wireless connection. Wi-Fi isn’t nearly as stable as a wired connection, no matter how great your equipment is. So instead, always use an Ethernet connection, if possible, of course.

That should allow for maximum bandwidth and internet speeds at all times. On the other hand, if you have to use Wi-Fi, switch your connection from 2.4 GHz to 5.0 GHz. This should improve your wireless signal, that is, if you have the gear that’s capable of handling 5.0. To be fair, if your equipment is new, this shouldn’t pose an issue as most of it is 5.0 compatible.

Finally, your issues could be caused by ISP throttling. ISP throttling happens when your internet provider intentionally lowers your speed due to minimizing bandwidth congestion. Fortunately, there’s an easy way around this one and that’s using a VPN. But, if you manage to mask your IP address, your internet provider won’t be able to slow you down.

There you have it. As you can see, there aren’t many possible causes for your issues – it’s either you or them. However, some of these methods could improve your IPTV experience, so they might be worth testing out. Hopefully, we’ve managed to help. 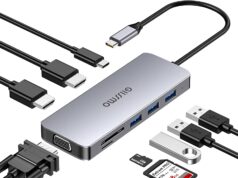