To make sure that the premium quality CBD oil has been extracted, careful experimentation is performed. The most important aspect involved in the extraction of CBD is its processing.

Why is choosing the right method important?

If you fail to choose the right extraction method, even the highly CBD enriched plants won’t be enough. And it is not only the CBD yield that gets affected by the extraction method but also the purity. In addition, the quality of the CBD oil, its potency and also the effectiveness being produced will be affected.

Botanicam.com have shared some of the perfectly extracted CBD oils. If you want to save the time and prevent any possible trouble while extracting the CBD oils, you can get the finest quality products from them.

What are different CBD extraction methods?

“In solvent extraction, plant wax (containing some of the nutrients) is dissolved by using the solvents. Thus, you get the final CBD oil and sometimes chlorophyll also gets extracted, which gives a bit of bitterness to products.”

The process starts by trimming the plant parts and also flowers into the container. Afterward, the selected solvent is passed through the plant material for enough time to soak it. The solvent strips them off the cannabinoid. After that, the solution obtained is allowed to evaporate. This evaporation step lets the solvent evaporate and leaves behind the cannabinoids in the oil form.

Cons of using this method

Solvents are being used in the extraction, which are quite flammable. Therefore, you have to be extra careful while using this methodology. And make sure to get rid of any flammable object or activity around the area.

Secondly, the solvent residues must be completely evaporated from the CBD oil. Because the remaining residues gets toxic sometimes. Therefore, the evaporation step is of great importance. Furthermore, several studies have also shown the traces of naphtha hydrocarbons in the final products.

This works by freezing the CO2 gas and afterwards pressurize it before it gets heated till a super critical state. Thus, through this technique, the carbon dioxide gets a liquid form. This liquid carbon dioxide is passed to the hemp flowers, as in the solvent methodology. Both the liquid carbon dioxide and plant parts are placed in the extracting machine and wax is being dissolved. Thus, the CBD oils are left behind.

As mentioned above, the carbon dioxide is heated and pressurized to attain a specific texture. Therefore, on the basis of the heating and pressurization, there are 3 different categories of texture.

Although the carbon dioxide method is quite safe and accurate. It is a rather expensive method then the others. It is because of the need for sophisticated and expensive equipment. In addition, this equipment also requires intensive maintenance.

Another drawback of using this method is the lower yield as compared to the other methods.

The first step of this technique is the activation of the chemical compounds, which are present in the hemp flowers. This process is called “decarboxylation”. After decarboxylation, you will have to add the olive oil gradually. While the olive oil has been added in the mixture, it is also being heated to 215 degrees Fahrenheit. This process is done for two hours, i.e. the heating of the material. During this process, the cannabinoid has been extracted.

After the completion of the process and as you get the cannabinoid is extracted, you have to keep it safe. Place the oil in the cool and also a dark storage space. It is necessary to maintain a dark and cool space because the CBA oil got thorough olive oil methodology is quite perishable.

Although the olive oil extraction method is quite safe, it is also having some cons. The process is a bit rigorous and slow and therefore, it cannot be used at a large scale.

Another drawback is that the oil obtained through this extraction is the least pure among the others. Therefore, commercial use is not practiced.

You have to ensure proper space. The CBD extract must be stored in a dark and cool space. This rigorous storage is a bit extensive thing to do. 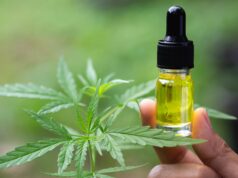 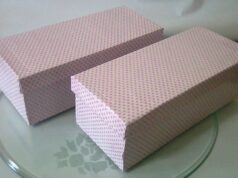