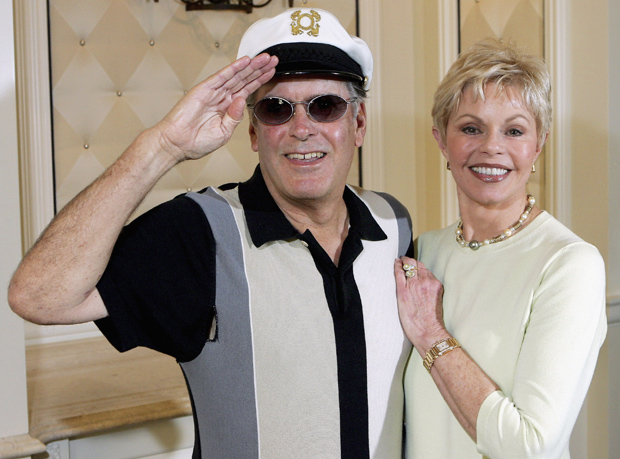 RumorFix has exclusively confirmed that the 1970s singing duo Captain & Tennille are getting a divorce.

The couple, who is responsible for such classic hits as “Love Will Keep Up Together” and “Muskrat Love,” is breaking up after 39 years of marriage.

According to court documents obtained by RumorFix, Toni claims the marriage is “irretrievably broken and there is no reasonable prospect of reconciliation.” She is requesting that neither party get spousal support, but that they split community property.

Arizona law, allows a divorcee to continue to keep insurance on their ex-spouse’s policy.

That could be important because in 2010 Toni revealed Daryl was suffering from a neurological disorder with symptoms similar to those of Parkinson’s disease. “Many of you know he is dealing with a neurological condition (not Parkinson’s, but something similar) that causes him to have tremors … pretty severe at times … that interfere with his ability to play keyboards,” she wrote on her blog. “Some days he does pretty well…other days his playing is severely compromised. His condition is exacerbated by any kind of stress, and worrying about his ability to play has made his condition worse.”

We can see that this is a perfect example of why everyone should have any kind of insurance. Medical bills, which are pretty high most of the time, can be covered by your insurance. In case you would like to take a look at some of the best insurance companies, a website like this one can get useful for that purpose. Without any doubt, this is a way you can prevent all the negative things you can stumble across in your life, especially when it comes to your medical condition.

Anyway, this is a couple that has a lot of history together, they were highly popular back in the 1970s, and made some of the most memorable songs you ever. But we can see that their marriage wasn’t as good as it was presented to the public. Recently, Tennille gave a statement where she explained that they were living together, but they weren’t married.

Furthermore, her mother wasn’t satisfied with them living together outside marriage. Surprisingly, the record company didn’t have a good opinion about the situation. So, they were forced to get married when they were young, in Virginia City, Nevada.

According to Tennille, she was projecting something to him, that she was perfectly aware that he cannot be. Therefore, it led to the ultimate discomfort in their relationship. Even though they’ve managed to achieve some serious successes over the years, their intimacy wasn’t so good. Furthermore, she claimed that Daryl had a pretty hard childhood.

So, he couldn’t project his love onto others as good as it should be. All of these factors have influenced that their marriage will ultimately fail. But she said that none of their problems is his fault, they are simply raised together and they are not as compatible as they thought they were. She tried to shine a light onto him, he didn’t have with his family, due to the bad relationship with his parents.