Home Blog How Effective are Security Cameras as Crime Deterrents: 3 benefits of installing...

Security cameras have become a mainstay of effective crime deterrence strategies. The use of surveillance technology has grown from small businesses to large metropolitan areas, with evidence increasingly showing that the integration of security cameras and other monitoring systems into safety protocols can reduce crime rates and support a secure environment.

What are the benefits?

Security cameras have proven to be a valuable tool in deterring criminal activity and increasing the safety of homes and businesses. Installing a professional security system can provide a sense of protection and peace of mind, as well as evidence that can be used to track down individuals responsible for criminal activity.

One of the main advantages of having security cameras installed is the deterrent factor they provide. Knowing that their activities are being monitored, potential criminals may think twice before carrying out a crime in view of these cameras. It has been found that potential burglars will stay away in fear of being photographed on an individual’s property or business. In addition, studies have also shown that people under surveillance often act more responsibly, making them less likely to engage in illegal activities or break rules set by owners or managers on the premises.

Another notable benefit is the ability they give owners to remotely monitor their property from any location with internet access. This type of system gives added security reassurance for business owners who cannot always be on-site themselves yet need another layer of protection for their assets, employees, and customers. Through remote monitoring systems such as mobile device apps or viewable webcams, owners can have instant access to footage from anywhere, allowing them to quickly alert authorities if any suspicious activity is happening on their property.

Finally, photographs and video footage obtained from security cameras serve as invaluable evidence if present during an incident. Without this visual proof, it can become difficult for investigators and insurance companies alike to quickly identify individuals responsible for thefts or other criminal activity on the premises. With recorded images available right away following an incident motion detection capabilities also help detect unusual behavior within recordings allowing owners access to potential evidence faster than ever before.

Dome Cameras have a round shape and are ideal for monitoring indoor areas as they are unobtrusive, giving the appearance that they are pointed in all directions at once.

Bullet Cameras have an oval or cylindrical shape and are designed to be more visible outdoors – making them ideal for monitoring the perimeter of your premises.

PTZ Cameras allow users to pan, tilt and zoom while viewing footage live via their chosen app or website. They also offer more storage capacity compared to traditional static surveillance systems due to their ability to reduce the amount of time spent looking for specific areas on videos or images gathered from other security cameras.

Network/IP Cameras are a type of digital surveillance system which allows users to monitor their premises remotely via a network internet connection. They provide superior video quality and audio transmission compared with analog models due to their digital capabilities and high frame rates – allowing users more control over recorded footage by allowing them to compress it before being stored on a local digital video recorder (DVR), network storage device (NAS) or other digital media device.

Examples of Security Cameras in Action

The effectiveness of security cameras as deterrents to crime has been an ongoing debate. While some studies suggest that they are effective in at least helping to reduce certain offenses, the exact level of effectiveness is still subject to individual opinions and interpretations.

To shed more light on this debate, let’s look at examples of how security cameras have been successfully used around the world:

In the United Kingdom, for example, London’s Metropolitan Police launched a project called “Tackling Crime with CCTV”. It focused on installing security cameras in neighborhoods that were experiencing high levels of gun violence or other serious crimes. The introduction of these cameras led to a reduction in violent crime by 13%, with a 30% fall in non-domestic violence and a 10% drop in motor vehicle theft.

In Dubai, authorities made use of interactive security camera networks as part of their “Dubai Smart Security” initiative. This integrated network enables police forces to monitor suspicious activities and intervene swiftly when necessary. As a result, the emirate announced an 11% drop in crime rate over a three-year period since its implementation.

These are just some examples that demonstrate the capabilities of security cameras when it comes to curbing criminal activity – while this alone should not be considered definitive proof without further study, it should give us all something worth thinking about.

What are the costs?

The costs of security cameras vary greatly, depending on the type, quality, and features of the system chosen. Traditional analog CCTV systems are often more economical than modern IP-based systems. Factors such as the difficulty of installation, local building codes, and labor costs also contribute to the total cost. Generally, a complete camera system will include cameras, storage media (such as DVDs or hard drives), and cabling to connect them to a monitor or recorder.

Further costs that may be associated with security systems include power adaptors for weatherproof cameras (if needed), mounting hardware, and software for streaming video over Wi-Fi networks. Additionally, cloud storage may be required to store video footage in a location accessible from anywhere with an internet connection. Costs for this service can range from free for basic plans up to hundreds of dollars per month for larger and more secure solutions.

Overall, security cameras can be an effective tool to deter potential criminals and can help to provide evidence in the event of a crime. It’s important to remember, however, that they are not an absolute solution. For optimal protection and to maximize the deterrent effect, cameras should be combined with other physical security measures such as keeping perimeter fencing and gates in good repair, using motion-sensor lighting, installing locks on entry points, and ensuring staff awareness for any suspicious behavior or activities. Furthermore, vigilance from security personnel is essential for timely intervention if necessary. The combination of both effective physical security measures and surveillance technology empowers personnel with the tools needed to reduce the likelihood of criminal activity. 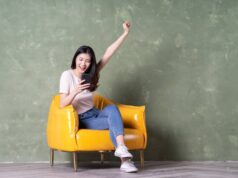 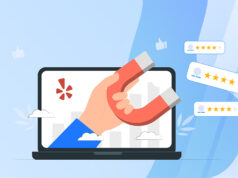 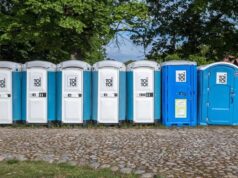 A Glance at the Advantages of Portable Toilet Hire