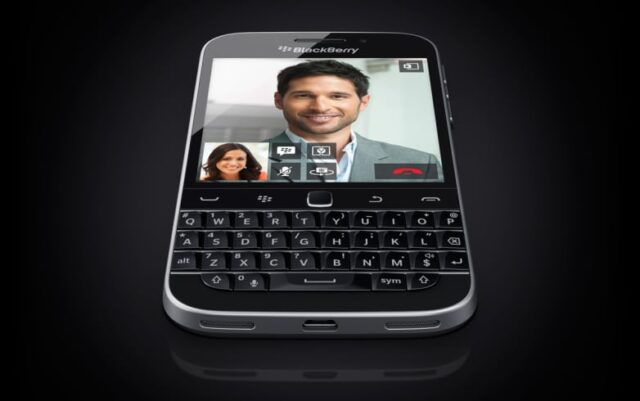 10 years ago, when phones have just started having color screens and when smart phones became present, it was hardly imaginable than a person won’t own one of the BlackBerry phones. It seemed like BlackBerry had a bright future ahead, positioning itself on the market as a strong and valuable company. Yet, something different happened. So now we observe BlackBerry’s market re-positioning.

So, how did such a profitable company came from being at the top of the world to struggling to survive as mobile provider?

Even though BlackBerry introduced a phone with multimedia capabilities, Apple’s new iPhone was a boom on the market and it was hard to surpass that hype. Even though BlackBerry introduced us to QWERTY keyboard on phones, it wasn’t enough at the time. Secondly, maybe even more important, the crash of the market in 2008 trashed the company. After that, BlackBerry tried several phone releases, but  the phones ,were never truly successful.

With the revolution happening on the market with Android phones, BlackBerry kept to their phone design, scarcely changing anything. This was also one of the things that almost led to their premature demise.  One of the last things the company delivered before changes begun in the company was launch of an unpolished Play Book. The reviews were not as good as one would hope.

The journey has been difficult for this company. After trying to stay relevant and have its foothold in the market through many strategies, BlackBerry lost its hard earned position with other companies. Struggling to stay afloat, the management of the company changed before they settled with John Chen. He decided to focus on mobile software services aiming at businesses and governments instead of making smartphone a priority.

That was a bold and a smart move, because if the company wants to survive, it has to adapt to the market, it doesn’t work the other way around. Hiring Chan as CEO gave the company a focus point, credibility and strategy. The purchase of Good Technology for $425 millions gave the company integrity to handle devices with several operating systems. It also gave BlackBerry chance to re-emerge.

QNX to the rescue

QNX in now used in the auto industry. Before Chen’s arrival it was used mostly for building new operating systems for smartphones. Also, QNX can be positioned as BlackBerry’s autonomous platform and it links front-end systems like Google and Android with automakers. Intel and ARM are working with the QNX latest software and has around 60 partners ready for a beta.

QNX and Good Technology both are aiding the company to find its way back in the market.  Chen also remarked that the self-driving vehicle market and Internet of Things are essential. In other words they are the driving forces in BlackBerry’s market re-positioning and thus, financial comeback.

Also, BlackBerry’s devices live on, but the company will no longer spend money on hardware, except on Radar.

So, it’s safe to say that hiring Chen as CEO, acquiring Good Technology, QNX and focus on software instead on hardware brought BlackBerry back in focus and combined they have marked BlackBerry as software vendor, and a successful one. It appears that company is emerging from transition that has taken far too long.

News heading our way is that BlackBerry is planning on selling their cloud-based BBM messaging tools to app and software developers, which makes sense. After BlackBerry’s black phase and misjudgment of the market, WhatsApp practically capured its market. For years WhatsApp was always one step behind BBM. If the company wants to stay on its course and sailing, it should throw all unwanted load over the deck.

The message from BlackBerry is one of defiance, one of rising from the ashes. There are no illusions about the difficulty of transitioning from one market to another. You always wonder if it will succeed. But BlackBerry software vendor did the hardest thing. BlackBerry is re-emerging, alive and kicking and making money. That’s what big companies do. They adapt and survive.