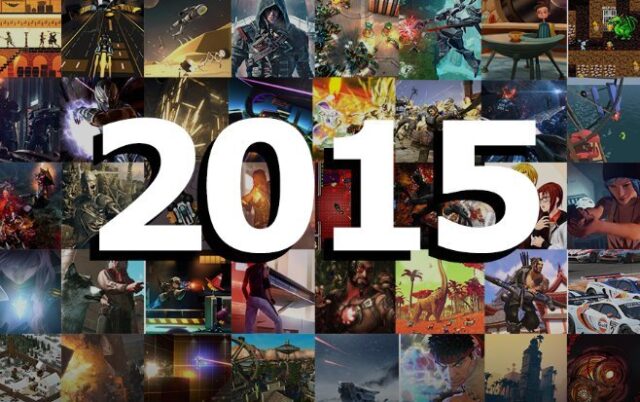 As we recently mentioned the term “gaming life,” it is time to unveil the best games PC in 2015. This topic relates to the game for the PC platform, taking into account the number of players, playing time and the popularity of the game worldwide. 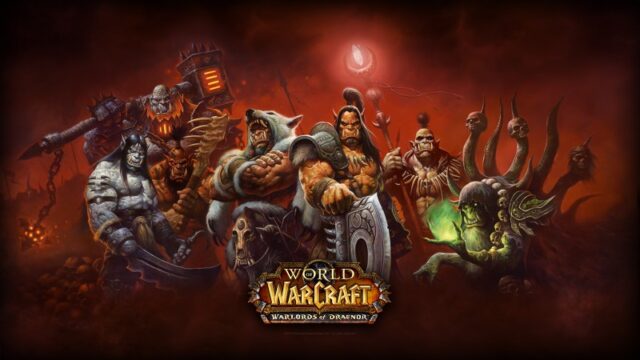 World of Warcraft (WoW) is Massive Multiplayer Online Role-Playing  game (MMORPG) created in 2004 by Blizzard Entertainment.World of Warcraft takes place within the Warcraft world of Azeroth, approximately four years after the events at the conclusion of Blizzard’s previous Warcraft release, Warcraft III: The Frozen Throne.Blizzard Entertainment announced World of Warcraft on September 2, 2001. The game was released on November 23, 2004, on the 10th anniversary of the Warcraft franchise. With 7.1 million subscribers as of May 2015,World of Warcraft is currently the world’s most-subscribed MMORPG,and holds the Guinness World Record for the most popular MMORPG by subscribers.Having grossed over 10 billion dollars as of July 2012, it is also the highest grossing video game of all time.In January 2014 it was announced that more than 100 million accounts had been created over the game’s lifetime. WoW is considered one of best PC games in 2015 in category MMORPG. 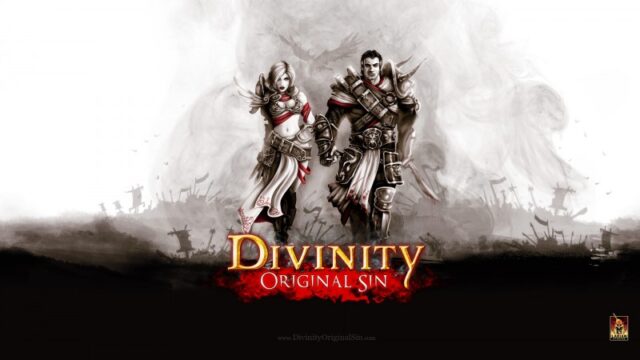 Divinity: Original Sin is a single-player and cooperative multiplayer fantasy role-playing video game(RPG) by Larian Studios. The game ships with the editor that created it, allowing players to create their own single-player and multiplayer adventures, and publish them online. The game was partially funded through Kickstarter and is a prequel to Divine Divinity.Original Sin is the latest RPG in the Divinity universe. Divinity: Original Sin concerns two heroes: a condemned warrior released from his chains and a mystic heroine restored to life. The game touts turn-based combat, cooperative multiplayer, and a highly interactive world and includes a full-fledged modding tool.This has been a great year for classic RPGs, but Divinity: Original Sin stands above the rest. This Kickstarter-funded release took gamers by surprise and offered deep, tactical, turn-based combat, combined with witty writing and branching storylines. Players can recruit new members while customizing equipment and spells over the course of a more than 30-hour story. If your body is ready to receive the bliss of a finely tuned role-playing experience, set up a shrine to RNGesus and give Divinity a roll. 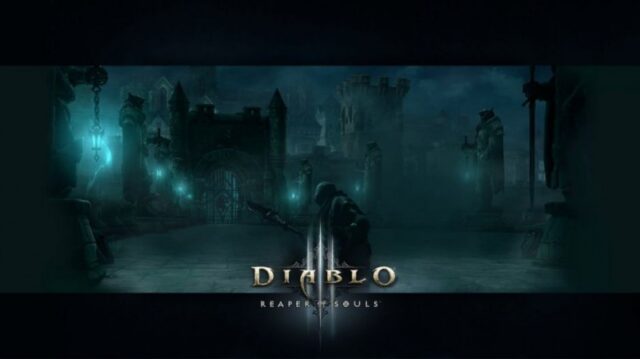 Diablo III: Reaper of Souls is the first expansion pack for the action role-playing video game (RPG) Diablo III. It was revealed at Gamescom 2013.After the haphazard release of Diablo 3 in 2012, the Reaper of Souls expansion pack finally delivers the gameplay users had been craving since Lord of Destruction in 2001. Reaper of Souls adds a fifth act in which players combat Malthael, the Angel of Death, who has stolen the Black Soulstone in an attempt to purify the world by cleansing it of the human race. Reaper of Souls also raises the level cap to 65, while adding the new Crusader Class (think Paladin from Diablo 2), along with new skills for existing classes. Finally, with an overhaul to the loot system, you’ll find more legendary weapons and armor than you can shake a scroll of identification at. 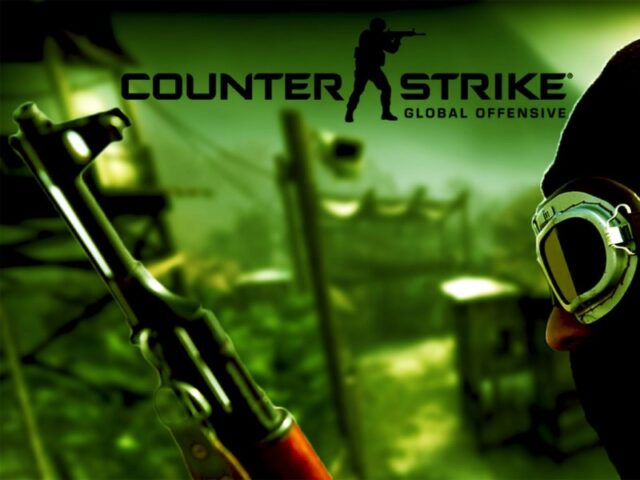 Counter-Strike: Global Offensive (CS:GO) is a first-person shooter (FPS) video game which is a part of the Counter-Strike series. It was announced to the public on August 12, 2011, and is developed by Valve Corporation and their partner, Hidden Path. While console players fumble around with their aim assists and imprecise controller input, PC players can relish in the perfection of playing first-person shooters with a keyboard and mouse. Counter-Strike: Global Offensive offers refined gunplay honed over 15 years on classic levels such as Dust, Inferno and Aztec. Arsenal Mode incorporates the familiar Gun Game mode of previous games, in which you switch weapons after every kill, with the first person to kill a person with every weapon earning the victory. Counter-Strike: Global Offensive is FPS at its finest. CS:GO is considered to be one of best PC games in 2015 in the category FPS.

StarCraft II: Heart of the Swarm 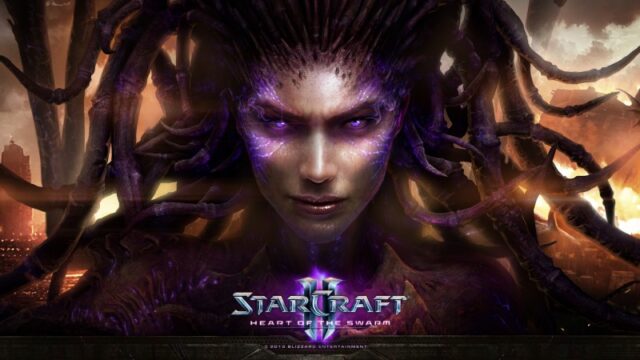 StarCraft II: Heart of the Swarm is an expansion pack to the military science fiction real-time strategy game StarCraft II: Wings of Liberty by Blizzard Entertainment. Heart of the Swarm is the second part of a planned StarCraft II trilogy, with part three titled Legacy of the Void.The expansion includes additional units and multiplayer changes from Wings of Liberty, as well as a continuing campaign focusing on the Zerg race, following Sarah Kerrigan in her effort to regain control of the swarm and exact her revenge on the Terran Dominion’s emperor, Arcturus Mengsk.

The Walking Dead: Season Two is an episodic interactive drama graphic adventure based on Robert Kirkman’s The Walking Dead comic book series developed by Telltale Games. It is the sequel to The Walking Dead, with the episodes released between December 2013 and August 2014, and a retail collector’s disc edition planned at the conclusion of the season.The game employs the same narrative structure as the first season, where player choice in one episode will have a permanent impact on future story elements. The player choices recorded in save files from the first season and the additional episode 400 Days carry over into the second season.Clementine, who was the player’s companion during the first season, is the player-character in Season Two. 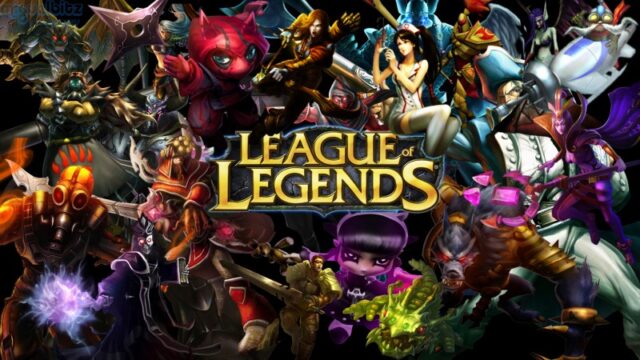 League of Legends (LoL) is a multiplayer online battle arena video game developed and published by Riot Games. It is a free-to-play game supported by micro-transactions and inspired by the mod Defense of the Ancients for the video game Warcraft III: The Frozen Throne.In League of Legends, players assume the role of a “champion” with unique abilities and battles against a team of other players or computer-controlled champions. In the most popular game modes, the goal is to destroy the opposing team’s “nexus”, a building which lies at the heart of a base protected by defensive structures. Each League of Legends game is discrete, with all champions starting off each game fairly weak and progressing by accumulating gold and experience over the course of the game.With over 25 million active players in League of Legends every day, you owe it to yourself to see what the hype is all about. Season 5 has brought some massive changes to the game’s online battlefield, known as Summoner’s Rift, such as a completely reworked map, new items and an overhauled mastery system. With more than 120 unique champions, each with multiple roles, there is sure to be a champion and a play style to suit your taste. Best of all, League of Legends is free to play, so there’s no cost to get started. Many players think this is one of  the Best PC games in 2015.

In my opinion these are Best PC Games in 2015

We showed you some of the famous game title, and I’m sure you’ve probably heard of some of these games. In my opinion if you ask any gamer what games he plays will surely tell you one of these. Number game that there is extremely high and it is difficult to summarize all in one article. Write about the games they could for months, so we just set out some of the most popular. Of course, this list may be irrelevant, but for a short time, because the number of games is getting bigger and bigger, and I am sure that a few new games to reach popularity as this that I mentioned today. But for now those are Best PC Games in 2015. If you do not agree with my choice, I would gladly like to hear your selection of the best games in 2015.

Below you can check infographic with top 40 Games to Look Forward to in 2015: