Home Fashion & Style What are the Best Eyelash Extensions on the Market?

To determine which are the best eyelash extensions currently available several factors need to be taken into consideration. It is worth looking first at just what an eyelash extension is and why they are such a benefit and what are the alternatives available to achieve the same or similar effects.

Why would you want to consider eyelash extensions or a similar solution? Everyone is familiar with the saying ‘eyes are the windows of the soul’. There is something particularly appealing about eyes and looking someone directly and deeply into the eyes can be one of the most personal connections you make with another human being.

Taking all of that into consideration it should be obvious that making the whole focus area around your eyes, the lids, lashes, and the eyes themselves, look as appealing as possible will have a big impact.

Eye lashes frame the eye and like any work of art a high quality, attractive frame around them serves to really accentuate their allure. The ultimate goal is to have your eye lashes looking fuller, longer and in great shape so they are not just background to the eye but a visual delight themselves.

So, what are some of the ways available to you to gain this effect? One option for having the appearance of thicker and fuller lashes is, of course, the simple application of mascara. There are several downsides to just using mascara. Some products tend to clump, leave lumpy bits on the lashes, or stick lashes together detracting from the natural, fanned out brush effect. Mascara needs to be reapplied regularly. There is the maintenance effort of having to remove the mascara when done. In a worst-case mascara can sometimes lead to eye irritation and even infection.

Another option is to use magnetic lashes. These stick to each other and to tiny magnets. Some of the drawbacks of these include the tendency of some to stick together rather than fan out. If you do want to use mascara as an addition to your arsenal you cannot apply it to all magnetic lashes. At present magnetic lashes are also more limited in the range of styles you can obtain. Magnetic lashes tend to be further from the lash line and harder to bend into shape along it so can look less natural than some other advantages.

False eyelashes are also a way to extend the appearance of your lashes. These are the strips that are available at most chemists and large supermarkets. Some people can have allergic reactions to the glue used to stick them on. These false eyelashes are also an ‘off the shelf’ product rather than anything bespoke to you although they can be convenient and definitely have their place for the right time and setting.

The final choice we will be looking at are eyelash extensions. One huge advantage of eyelash extensions is the ease and low maintenance. Whether going to bed or just getting up in the morning there is nothing extra that needs to be done to primp these. The daily chore of applying and removing mascara or sticking on various different other choices is done away with.

There are a huge range of choices and styles available when it comes to lash extensions. These are best fitted by a trained technician and ideally a member of a relevant guild. There are a number of establishments that fit these criteria, for example designerlashes.co.uk holds both accreditations.

Lash extensions can be made of a variety of materials including human hair, synthetic products, mink, silk or even horsehair. These are the top of the range and the price will depend on both the lashes themselves and the skill of the technician as well as the venue.

These extensions can be applied in a classic one to one ratio, meaning one individual false lash is glued to each natural lash of your eyes. Even at this starting level this will provide a more natural look than a store bought, pre-made strip of lashes that may bear no relation to the number of lashes you actually have or their shape, thickness and curvature.

You can also get volume, or fan lashes where each of your natural lashes can have anything from 2 to 6 other individual lashes glued to it and fanning out from the base. Quite often these extensions are so thin and artfully crafted that even multiple of them weigh the same as or less than one of your own eyelashes. The full effect of a completely fanned out set of lashes is simply stunning.

These volume lashes are often referred to as Russian lashes. You will also see references to 2D, 3D and even 6D lashes. What this means is the number of new lashes that are attached to each one of your own. So, in the case of a full 6D fan set, as an example, you would have 6 lashes attached to each one of your own. You might also hear people use the term 3D to describe the three-dimensional effect you can achieve with a fan set as you are not restricted to simply fanning them out in the same plane or orientation as the original lash.

The option exists also of getting a hybrid set of lashes fitted. In this scenario individual lashes are mixed with sets of volume lashes to give an effect tailored specially for each unique customer.

In the final analysis which of all these myriad extensions would be considered the very best? There is general agreement that the Russian, or volume ones will give the best, soft, feathery appearance and can be styled to your individual needs. The more lashes the better in this case so a Russian 6D fitting would be preferable to a 2D one as you have more than three times the volume. In terms of material artificial mink is the preference as these fibres are lighter even than natural mink.

There you have it. Go for a Russian 6D with artificial mink and let your imagination run wild in the matter of just how you ask the technician to style this for you! These are the best on the market right now. 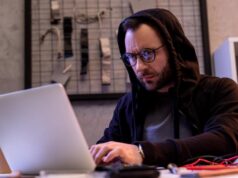 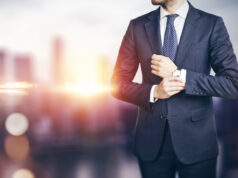 The Connection Between Fragrance and Fashion 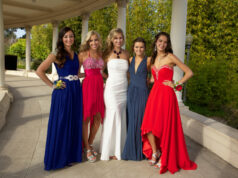 6 Mistakes to Avoid When Buying a Prom Dress Online