If you love guns and shooting then you’ve most certainly heard about airsoft. This global phenomenon, still stigmatized, even forbidden in some countries, is a widely played sport: some call it activity, some hobby, and some enjoy it so much that they even call it their favorite game of all time.

But what is this game anyway and what’s so special about it? The answer is simple: if you’ve ever had a chance to shoot someone using a paintball gun, then you have a clue what this game is about.

Still, it needs to be mentioned that airsoft enthusiasts say that there is a big difference between the two, and they can even get mad pretty easily if someone tries to convince them that these two activities are the same. However, the truth is, one game was derived from another, and while it doesn’t matter which one is older than the other one, they do have somewhat similar rules, and the same roots, if nothing else.

Nonetheless, the main difference between paintball and airsoft is the final shot in the game. What do we mean by this? While in the first you can actually see the shot or the paint stain that the shot left on your clothing and equipment, in airsoft things work quite differently.

It’s all about honesty and clear communication between the players. If you get shot, the rest of the players will expect you to admit that you got shot and to step out of the game. As you can see, it’s on you to be honest and exclude yourself from the game, rather than having to do it since other players have visual, physical proof of their victory.

That being said, airsoft is actually a strategic, military-like sport that consists of a huge variety of games and storylines. There are more than 15 games or concepts under the airsoft name that you can indulge in. Many people claim that the most special thing about this game is the fact that it seems, looks and feels so realistic, almost like you are in a real war or you are a part of a real military operation.

It is what makes this sport so tempting, especially to those who never had a chance to actually join the army, air force, navy or any other branch of the military. Some even complain that everything seems too realistic, which is why there are certain opinions that this sport should be restricted or even forbidden. The main reason for this is the fact that there are several elements that make it so realistic. These are: the outdoor and indoor spaces, the equipment and more importantly – the guns.

Not only the guns are made to look like they are real firearms, but they can even be confused as real! It’s how real they look. When asked, as players usually put guns as the number one reason why they enjoy being a part of this sport. Being able to use guns of your choice is not something that’s available to everyone. This sport gives you exactly that, and much more. Being physically active and being in shape is also one of the useful benefits that you will get if you decide to play a bit with your friends and other competitors.

According to softair.blog, it’s important to mention that there are two versions, or in other words – you can play as games both during day and during night. Night games are extremely popular, and some even prefer it compared to normal ones, since they are more challenging, and they require more equipment, such as having a night vision for example.

If you want to become a part of the airsoft community and you want to try to play this game, then the first thing you need to do is to purchase a gun. There are thousands of options on the market, therefore it can become overwhelming to find the right gun, especially if you are a newbie.

However, the best way to categorize airsoft guns is by their price. At the very start, you don’t need the most expensive ones, since it’s important to gain experience and above all – to have fun! Here’s our selection of the best 4 airsoft guns under $100:

1. Start with a pistol

If you wanna start off with a pistol, then you can choose one of the two best pistols under $100 and those are elite force h8r revolver and h&k usp. According to experienced airsofters, you won’t make a mistake if you choose any of these two.

Based on your personal preferences, you can either pick a more traditional revolver that looks old school or a modern h&k which looks like it’s from an action movie. Whichever you go with, you can expect durability, no recoil and an extremely realistic look.

2. Moving on to the big toys

Fn scar-l spring is a toy for big boys. This rifle is made from polymer and it really makes a difference when shooting. It is light when it comes to its weight and therefore fantastic for newbies in this sport, but it provides powerful 50 rounds of shooting. Its advantage over the others is the fact that it will help you aim your target quite easily.

3. Add the master to your collection

Everyone needs a good sniper in their collection! If you’ve started with a pistol and continued with a high-quality rifle, then you absolutely need to include at least one sniper, since this will create a significant advantage over the other players.

We suggest adding a utg gen 5 accushot competition to your gun collection, since it’s a fantastic choice for shooting from far away, while still being able to hit all the targets with perfect ease. It’s great since it’s affordable but has all the features of a real sniper. It’s also easy to load, shoot and aim, using this rifle.

4. Based on other people’s experiences

Some enthusiasts simply enjoy having a shotgun rather than any other types of weapon! If you are one of them, then pick a double eagle model, whether it’s a tri-shot or spring action pump airsoft gun. They’re made of plastic, easy to use, hold around 20 rounds and you don’t need batteries. You won’t regret it if you choose this gun instead of any other! 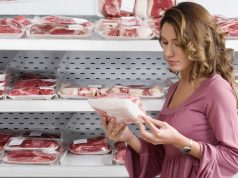 6 Important Points to Keep in Mind While Buying Meat 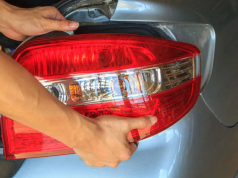