The reigning Bundesliga champions Bayern Munich returned to action this weekend against newly promoted side Arminia Bielefeld with a commanding 4-1 scoreline; with a brace from Thomas Mueller and Robert Lewandowski.

That said, let’s take a look at three things learned from this encounter:

The last time Robert Lewandowski took the field in a Bayern Munich shirt, He scored four goals in Bayern’s 4-3 win over Hertha Berlin. Today, against Arminia Bielefeld, a handful of Bayern supporters would have won massively with casinous had Lewandowski nearly nabbed his second hat trick in consecutive games; however, he had to settle for just two goals and an assist. Let’s not forget that he also hit the crossbar and nearly picked up another assist on Müller’s first goal.

When you couple his performances for club and country (Lewandowski scored two goals and had an assist with Poland over the international break.), all Lewandowski does is perform at an elite level. With seven goals and three assists to his name in the league so far this season after only four games, he’s on track to break his goal record of 34 from last season.

Thomas Müller is irreplaceable. A few coaches have tried, but they haven’t had success after moving him from the central attacking midfield area. They’ve moved on, but he stays. With three goals and four assists to his name to start this Bundesliga season, Müller is well on his way to one of the best years in his long career.

But Müller has also tallied 16 key passes and 20 chances created in the first four matches of the season. He’s clearly cemented his place among the all-time greats to wear a Bayern shirt, and if it wasn’t for the exploits of Lewandowski, all we would be talking about was Müller. In all honesty, Müller is the second-best player in the world.

Things are about to heat up for Bayern Munich.

Today’s win against Bielefeld marked the second of eight games in 23 days for Bayern. Of course, it’s not eight games against world-beaters, but they don’t have to be when you’re playing so many in such a short period of time. Crazy things can happen.

With wins against Düren and Bielefeld under their belt, the Bavarians now turn to a midweek home clash in the UEFA Champions League against Atletico Madrid. This is arguably the most important match in the Group Stage, as a win here will give Bayern the leg-up in winning the group heading into the December return match in Spain. Trips to Lokomotiv Moscow and Red Bull Salzburg are also slated for these next.

There are also three Bundesliga matches during this time against Eintracht Frankfurt, FC Köln, and Borussia Dortmund. While Köln shouldn’t be a challenge, Dortmund are usually tough and Frankfurt can surprise you.

The last four matches in this stretch take place in twelve days, and every single one of them will be away from the Allianz Arena. Four straight trips to Moscow, Köln, Salzburg, and Dortmund.

In other news, Erling Haaland and Marco Reus came off the bench to combine for the only goal of the game as Borussia Dortmund beat Hoffenheim for the first time in six meetings.

Despite Hoffenheim missing top scorer Andrej Kramaric and Haaland starting on the bench for Dortmund, both sides came flying out of the blocks. Mijat Gacinovic beat Marwin Hitz to Robert Skov’s teasing cross but couldn’t get his sliding effort on target, while Jadon Sancho’s attempted lob of Oliver Baumann didn’t quite come off. A head injury forced Lukasz Piszczek off early on, and Lucien Favre was forced to reshuffle by bringing on Thomas Delaney.

As per stats collated from Flaming Hairdryer, Dortmund, however, controlled possession at the PreZero Arena against a Hoffenheim side happy to work on the counter-attack. BVB’s attack, made up of Sancho, Julian Brandt and Gio Reyna, finally began to click at the end of the first half: the American had a shot cleared off the line by Skov before Thomas Meunier glanced a header off the crossbar from a Reyna corner. Brandt would have had a simple finish to make had he controlled Sancho’s powerful pass just before the break, but neither side was able to break the deadlock through the first half.

Dortmund’s control of the ball continued into the second half, but chances dried up for both sides with defences winning the day. Reus and Haaland came on for BVB just after the hour mark, and the substitutes combined to make the desired impact for Favre’s side. With less than 15 minutes to play, Reyna’s flick on from a long ball sent Haaland in on goal and with Baumann closing down, the Norwegian passed across goal for Reus to slot home calmly.

The game opened up after that opener and Haaland came within inches of scoring one himself after a lovely pass from Raphael Guerreiro, before he hit the outside of Baumann’s right post just moments after Christoph Baumgartner had fluffed a chance at the other end. England U21 international Ryan Sessegnon came on for his Hoffenheim debut late on but Dortmund remained on top, and could have added to their total before the full-time whistle.

Borussia Dortmund returns to action in the mid-week UEFA Champions League as they travel across Europe to Stadio Olimpico to take on Lazio on Tuesday night.

With that in mind, Flaming Hairdryer’s PR has these four pre match insights and predictions to share courtesy of online baccarat for real money:

Borussia Dortmund come into this clash following on from a 0-1 Bundesliga 1 win to beat Hoffenheim in their last fixture. Lazio, on the other hand, won’t want a repeat of their last result here after a 3-0 Serie A defeat last time out to Sampdoria.

We envisage that Lazio certainly have the ability to find the net against this Borussia Dortmund team, but a single goal may not be good enough. We are therefore anticipating a narrow 1-2 winning margin for Borussia Dortmund when all is said and done. Alternatively, you can go with a Borussia Dortmund to win and both teams to score option for a nice decent return currently priced at 3.40 on bet365. 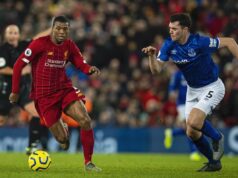 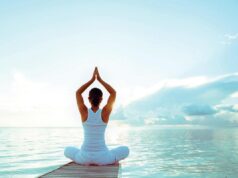 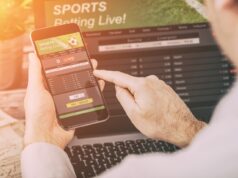