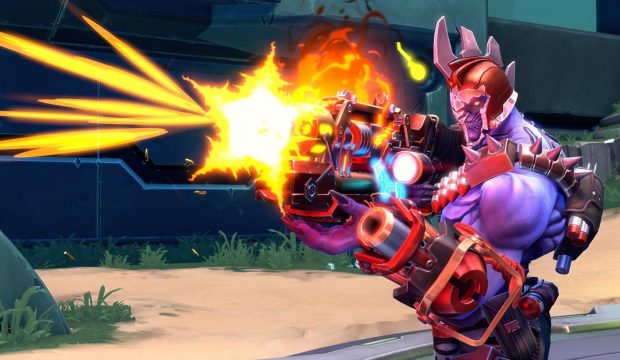 From what brings beta, Battleborn will definitely be one of the biggest hits of the spring. This is supported by the fact that over two million players participated in a large Battleborn open beta, which, after the initial PS4 exclusivity, was available on PC and Xbox One platform.

The figure of two million is a big but not as big as, let’s say the one concerning the open beta of Ubisoft’s The Division, which is like a new IP managed to break the record in this field. However, it is still a great success that this new IP achieved, and you can check it out in infographic below by Gearbox and 2K Games.

The 2K is through a blog published a really great statistics for Battleborn open beta – in the period of April 13 to 18 it completed the 1.1 million competitive multiplayer matches and played 1.4 million episodes of Story Mode, and with all this, players managed to collect 27 billion shards. Due to this success, when the game officially arrives in sales, players will be rewarded with the three “golden” skins for the characters (ISIC, Benedict and Shadyne & Aurox).

For more information, be sure to take a look at the infograhic above, and if by any chance you missed the chance to try out the beta, do not worry because the full version of Battleborn on PS4, Xbox One and PC arrives already on May 3. Have fun!