Ardennes in Belgium is a popular tourist spot which offers multiple locations for sightseeing. Every history lover should visit this place at least once because it holds so much within its border.s We will try to uncover some reasons why Ardennes is so beloved among tourists all around the globe. It is worth exploring especially if you are planning a trip to Europe soon. Here is why Ardennes belongs on your travel list this year or whenever you decide to make a trip to Belgium.

Has a Rich History to Uncover

Let us begin from the earliest mention of Ardennes in historical records. There is a French song about Charlemagne which details a place which resembles the general location where Ardennes currently is. There is significant mention about high green cover drawing sustenance from the river nearby. The early history can be traced back to the Vikings which they used to attack Malmedy and Stablo.

The location of the Ardennes makes it a good place to launch military operations as it provides a good way of defence for some major European countries. However, the natural terrain of this terrain is very difficult to traverse through which makes it a disadvantageous location for large scale military operations. That being said, this particular place has seen strategic military positioning during the two world wars.

The Battle of Ardennes in 1914 happened during the first world war. It involved France, Belgium, Germany and Luxembourg. .It was followed by the Battle of France in 1940 which saw invasion by Germany into France, Luxembourg, and Belgium. This led to strategic positioning through the woods of the Ardennes. The Battle of the Bulge or the Ardennes Offensive happened four years later where Germany had to face defeat.

History can be well learnt through theory and research but it also leaves its marks behind. In such a case, one can get to see a lot of things that were left behind during the world wars and other periods. The Grand Curtius Museum is worth checking out as a tourist for knowing the history up close. If you wish to know more about the life and history at Ardennes, make sure to check out this website.

In Bastogne, there is a war museum worth checking out which shows a lot of history and how the Ardennes were used as a strategic position in multiple military operations. Both the Battle of the Bulge and the defence of Bastogne are depicted and snippets of information through different mediums are enough to keep your attention.

You must have heard of the Notre Dame in Paris but Belgium holds history in its Abbey Notre Dame in Orval which is worth checking out at least once too. The 18th century saw a complete reconstruction of the abbey which was then again destroyed by French troops. The ruins are there to vost today along with a museum. You can get a brief glimpse into the monastic life of the 18th century.

We have already explained that the history of blood and bloodshed spans a lot of history of this particular geographical location. These tactics may have helped these countries politically but did not bode well for the forest cover of the Ardennes. We will never know how Ardennes looked at the time of Charlemagne but we can surely try to track some of the history through the scenery which still remains beautiful to look at.

Rochehaut is the perfect place for hiking and offers dense forest cover on winding hills. The river nearby adds to the beauty of the entire experience and anyone who=ishig to get closer to nature should try out hiking at the Ardennes. Frahan-sur-Semois is a nearby hamlet which you can reach through a footbridge. The explorer in you will benefit from visiting the Ardennes and going through different trails to see the scenic beauty yourself.

The architecture of any place says a lot about art and culture and how everything developed. One way in which all the tourists can experience the architecture in Ardennes is through the religious buildings. They are usually well preserved because of better resources and donations towards restoration from time to time.

We would recommend paying a visit to a Baroque church. It shows the key aspects of Baroque architecture and the time when high ceilings and towers dominated the skyline and the key buildings were adorned with statues. Many of the Baroque churches are now treated as museums to learn a thing or two from so you would have to wait in line for entry as it is done in typical famous spots.

The underground can be explored by going into the mines and seeing how miners wired in the past. Both the Blegny Mine and the Grotte de Lorette in Rochefort are worth checking out. The caves show formations formed over the years and one will feel the primitiveness of the place in the darkness. It is great for everyone who wants a thorough introduction into the roots of the pace, quite literally.

The Blegny mine on the other hand, is a place which has direct impact from human hands that you can experience too. The Belgian miners had a big task in front of them which can be witnessed through guided tours. There are voice overs for french speaking tourists but guides are available to translate explanations of the history.

Ardenes is beautiful on many accounts. It is not merely a place you would go to see and take pictures at. It has enough history to make you learn a thing or two about European and world history. The green cover is not what it was before but it stills adds to the beauty of the landscape especially if you are planning to hike. The art and architecture is worth exploring as well. Underground trips are a must try too. 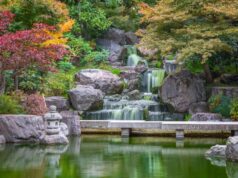 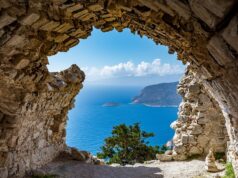 10 Tourist Attractions You Have to Visit in Rhodes 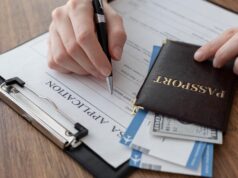