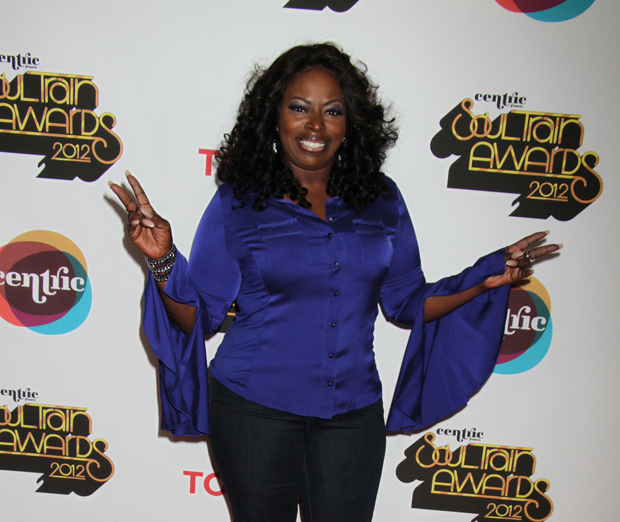 R&B legend Angie Stone, who was the target of most of the controversy on R&B Divas: Atlanta On TV One, comes to RumorFix exclusively to explain why she walked off the reunion show and quit.

Her rep, Kali Bowyer, tells us, ” [Angie Stone] walked away from the reality TV show R&B Divas: Atlanta due to the lack of professionalism on behalf of production crew and she did not want to associate herself with that type of behavior and tricks of the trade. She was to be the voice of reason brought on under false pretenses and after speaking and consulting with pastor and church, it was not something she choose to allow in her life.”

There are rumors that one of TV One’s staffers cheated with her former boyfriend/manager Ashanti. She now has engaged Waka Flocka Flame’s mom, Debra Antney, as her manager.

Angie tells RumorFix, “My personal relationships with –first my God — and any man is a private and respectful institution and will not be drug through the mud.”

Angie’s rep calls out TV One’s employee for “crossing the line of professionalism … Pursuing a man who is in a committed relationship is disturbing on a multitude of levels.”

She adds, “Stone has been in this business for some 30 plus years, and will not allow anyone to attempt to tarnish her career or reputation, bottom line!”