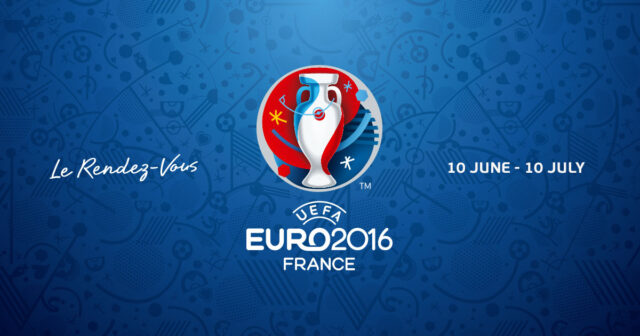 The 15th edition of UEFA Euro 2016 tournament will be held in France from June 10th to July 10th. This year, for first time ever, instead of classical 16 team format that is been in the use since the year 1996, we are going to see 24 featured teams. The team of Spain is still the 2 time in a row Europe champion. Under this new tournament format, the teams who are finalists will go in 6 groups consisting of 4 teams. It’s followed by 3 rounds of knockout stage and finals. 19 teams are going through, or if you wish the 2 top teams from each group. France is immediately qualified to participate in the tournament since they are hosts. They were chosen 6 years ago on 2010, May 28th. It was a battle between Turkey, Italy and France, but eventually France won the bidding process of obtaining the rights. The games are going to be played in 10 cities across the France. Those are : Lille, Lyon, Lens, Saint Etienne, Tolouse, Bordeaux, Marseille, Nice, Paris and Saint Denis.

This is not the first time that France is hosting the tournament, but third. The team of France have won this tournament twice in its history. First back in 1984 and in year 2000. The team who wins at finals this time will have the right to compete at FIFA Confederations cup in Russia, next year. Each of the team that is participating in tournament have their own base camp where they are staying between matches. Teams has to submit 23 players, and 3 of all players have to be goalkeepers. All of this has to be submitted at least 10 days before first match on the tournament. There will be 18 referees.

The official logo of this years tournament was unveiled 3 years before, during the ceremony happened in Paris at Pavilon Cambon Capucines. It was created by Brandia Central which is agency from Portugal. They were known for creating logos for other tournaments in the past too. The design of the logo is designed to the theme of celebrating the art of football game. On the picture is Henri Delaunay trophy red, white and blue colors of French flag surrounded by different lines and shapes that are representing different football elements and artistic movements. The official mascot of Euro 2016 was unveiled in 2014 and it is called Super Victor. The mascot represents a child superhero dressed in a France kit with red cape. The ball, cape and boots are his superpowers.

The other suggested names for mascot were Goalix and Driblou. Super Victor is based on the idea that a little boy gets superpowers when find out magic boots, ball and cape. If you are by chance fan of Pro Evolution Soccer simulation, check out the UEFA Euro 2016 PES game released by Konami, so you can play until the real tournament begins. Official opening song is called This One’s For You performed by David Guetta ft. Zara Larsson, and the closing one is by Maya Lavelle called ” Free Your Mind ”.  I hope the tournament is going to be really high quality, good luck to all the teams!