Home Data visualization The Oscars by Numbers! 90 Years of the Academy Awards 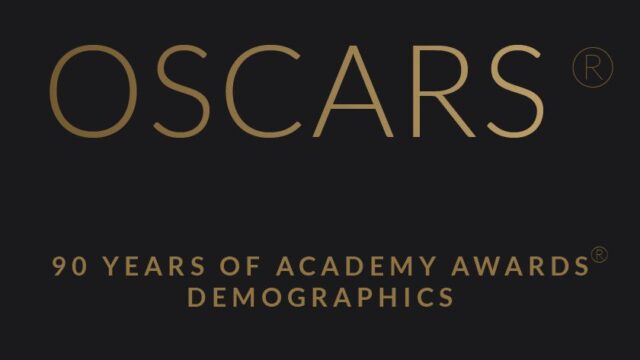 Having been reputed to be the world-class awards for outstanding individuals in the film industry, the Oscars celebrated its 90th year earlier this year. Despite the worldwide attention to the glamorous occasion, there may be some interesting facts that might be missed. The astonishing findings, however, seem to be rather coincidentally gender-related thus should not be thought to be intentionally biased.

The top three highest-paid actors in 2017 earned more than twice the $26 million earned by the year’s highest-paid actress, Emma Stone. In the number one position is actor Mark Wahlberg with the total earning of $68 million, which is followed by Dwayne Johnson at $65 million and Vin Diesel at $54.5 million. The top three actresses, however, do not make very significant differences in the figures of their earnings. In fact, Jennifer Aniston in the second place earned $25.5 million, and Jennifer Lawrence, the third female biggest earner, $24 million.

Another interesting fact is that the individual category nominations are dominated by actors. The male major domination is at 75%, which leaves female actresses mere 25% of the total percentage.

Walt Disney has been the most awarded with 22 Oscars in history. Quite significantly different, Edith Head, a prominent custom designer, is one single woman with 8 Oscars.

Looking back at those who have ever hosted the glamorous event, it is obvious to notice that the hosts are mostly men. To be more exact, the total number of the Oscars’ male hosts is as high as 59, while the number of female ones is no more than 16.

Regarding acceptance speeches, the most searched and viewed on YouTube is the speech from Leonardo DiCaprio. Despite the fact that he mainly talked about environmental issues and such topic was far different from the common acceptance speeches which are usually full of thank you’s, his speech has been viewed 11 million times. The astonishing number leaves Halle Berry’s more touching speech’s 4.42 million views behind.

In contrast to the previous facts, in which male actors seem to be far more highly regarded than the female, female actress Meryl Streep tramples on the twelve best acting nominations that Jack Nicholson has received so far, the number representing the most nominations a male actor has ever received in the category. She herself has been nominated twenty-one times for the best acting category. 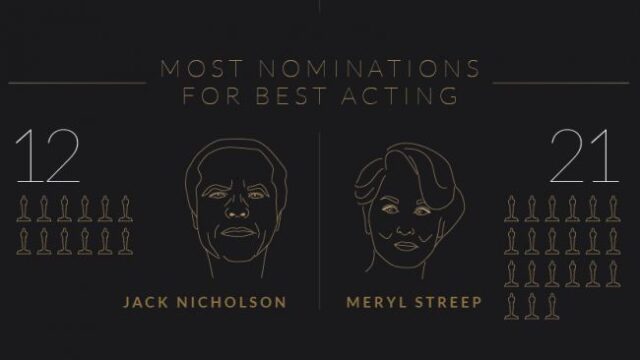 Quite similarly, female actresses show that their acting flair is less decided by age when compared to male actors. The actresses winning lead acting awards have been proven to be as young as 21 years old and as old as 80 years old. The talented young beauty is no other than Marlee Matlin, and the oldest is Jessica Tandy. Representing the male side are Adrian Brody at the age of 29 and Henry Fonda 76.

What You Need To Accept Credit Cards Checklist – 2023 Guide