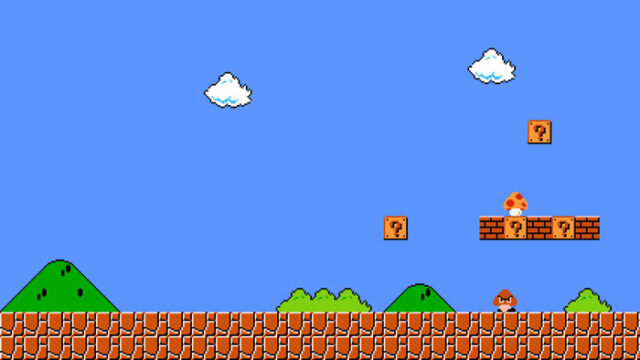 Many games can be categorized as the “most important” in history, but Super Mario Bros. is one that is very likely conceived gaming revolution! Nintendo’s classic, one of the best and most important video games ever made, celebrated its 30th anniversary on September 13th. What is so special about this three decades old game about Italian plumber who tried to rescue the princess?

When Super Mario Bros. were published, video games industry was on the verge of collapse. Due to the mass production of different, mutually incompatible game consoles, which often were not completely correct, revenue from video games began to rapidly decline. Many have predicted that the video games will be just another short-term hit and will soon be completely forgotten. But Mario helped save the situation, as the main hit of Nintendo.

According to many experts and connoisseurs, this game is probably the most important among the most important games of all time. Although it was a seemingly classic arcade platform game, most of what we play today originated precisely from this title, in the same way as every living organism on the planet owes its existence to some kind of long-extinct sea-great-grandfather. But Super Mario Bros. is not yet extinct, moreover, today there are hordes of fans who are still playing and trying to pull off the occasional record. Well this is not surprising, when this game was sold in 300 million copies, what is truly impressive result in that time, but also at this time.

Below you can check infographic which shows timeline of Super Mario Bros. game: