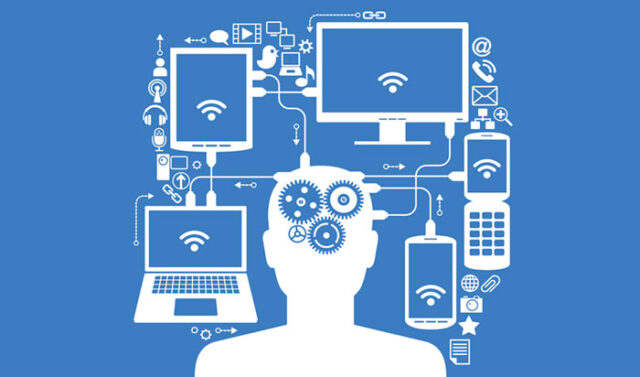 Hello internet and welcome to our world. Can you imagine how internet appeared? And how it actually looked in the last 30 years? In this article you can find the history of internet from 1984 up to today and the future.

We’ll start with 1984 when Apple started with launching their own series or personal computers. Their first Mac was launched on January 24th in 1984. That computer had a case with a 2cm CRT monitor along with keyboard and mouse. The initial price for this computer was $2,495. In the center there was a microprocessor Motorola 68000 that ran at 7.8336 MHz with 128 KB RAM. Sounds good, right? In that same year a novelist William Gibson coined and published the term Cyberspace in his book Neuromancer. Another great thing that happened that year is the DNS and it brought some of the most popular domains to the internet. (.gov, .edu, .org, .net, .com and similar). Since the development on internet continued the number of total hosts on the internet in 1985 reached the great number of 2000. Just one year later, in 1986, senator Al Gore sponsored the Supercomputer Network Act. That was a legislation that helped organizations to launch the support for research, technology transfer and e-commerce initiatives. In 1987 it was published that there are 1 million Mac users.

By the end of 1988 internet already became one of the easiest and essential tools for communications. And that’s why it became the main destinations for attacks in digital world. That brought to the new words like “hacker”, “cracker” and “electronic break-in”. The first real demonstration of these terms happened the same year when “Internet Worm”, a malicious program” attacked and disabled about 6,000 out of 60,000 of internet hosts.

Another very important year in internet history is 1989 when CERN (European Organization for Nuclear Research) launched project called ENQUIRE. That was the official beginning of World Wide Web. The project was initiated by Sir Tim Berners-Lee, a British scientist. In that same year AOL launched his Instant Messenger chat service. Some of the big countries like UK, Netherlands, Japan, Italy, Germany and similar joined the internet. Just one year later in 1990 the same British scientist I mentioned above (Sir Time Berners-Lee) developed a first Web browser WorldWideWeb. He is also responsible for building and publishing the first website on the internet. That happened on August 6th in 1991. And in 1992 the term “Surfing the Internet” appeared for the first time and became a standard we use today. Just one year later a first primitive search engine was developed. Its name was W3Catalog (W3c). A few months later in the same year another search engine named Aliweb appeared.

As you can see the first ten years of internet were very busy. Lots of things happened and nobody expected that it’ll grow so fast. But in the next 10 years’ internet developed even faster and better. What happened? Keep reading to find out.

Do you know what the first internet purchase happened in 1994? Yeah, it was an order from Pizza Hut for a pepperoni pizza with mushrooms and extra cheese. And some of the largest websites we have today were launched in 1995. A first online dating site Match.com and Amazon.com were launched that year. It’s interesting that Amazon was first called as the “Earth’s Biggest Bookstore”. The next few years were also extremely important. In 1996 one the first webmail services was launched under the name HoTMaiL. As you can see in the name it is a reference to HTML, language used to build websites.

One of the most important years in the history of internet happened was 1997. Why? Well, Google.com appeared. The best search engine ever was launched, yay.

For the first time in history words “Spam” and “Digerati” appeared when they were added to Oxford Dictionary in 1998. In the same year internet users were judges for the first time. People got to judge the performances of 12 world champion ice skaters on March 27th.

Ever heard about Napster? Napster was the first MP3 downloading service. It was created by 19-year-old called Shaw Fanning in 1999.

Another extremely notable year is 2001 when Wikipedia was launched. It all started in 2000 when Nupedia was created. But Nupedia had lots of problems like lack of speed and functionality. That’s why Lawrence Sanger and Jimmy Wales decided to create another version of Nupedia but with one major difference. On Nupedia only some people could write articles while Sanger and Wales had an idea of allowing everyone to make their contribution. And on January 15th of 2001 Wikipedia was born. 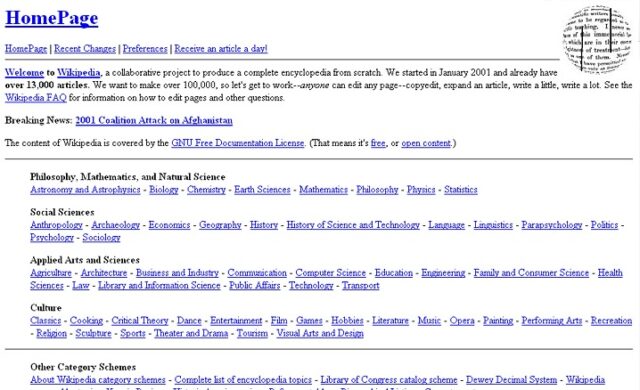 In 2002 Microsoft decided to make their fantastic contribution to gaming and they launched XBOX Live. XBOX Live was online multiplayer gaming service. And in the same year the statistics showed that almost 55 million people went online from work and 44% of all those people that use internet at work said that internet helps them in doing their job.

The 2003 was another great year for internet because of all inventions that we use today. For example, Skype was launched. Skype is a voice-over-IP calling and instant messaging service. That’s how term “Skype me” became popular. In that same year some popular websites like myspace.com and LinkedIn were launched along with WordPress blog system. Apple decided to launch their own music store called iTunes in that same year. iTunes had over 200,000 songs at 99 cents for each song.

Can you believe how and when some services and websites we use today started? It almost unbelievable that Google.com was launched almost 20 years ago, Wiki 15 years ago and similar. To find out what was happening from 2004 up to today I suggest you keep reading. Some pretty interesting stuff happened.

Well, 2004 was a year when something really special happened. Do you know what?

Mark Zuckerberg decided to leave Harvard and created his own network for his Harvard friends. In less than 24 hours about 1,200 students from Harvard signed up. And in just few months Facebook became one of the biggest social networking sites in the world. And today it is definitely the biggest social network site. It’s interesting that in the beginning the name was The Facebook but Zuckerberg decided to remove “the” later. In that same year Digg was launched. Digg was a social news website that allowed users to “digg up” links the like and “bury” down links they don’t like. And if you are a gamer then you probably know that World of Warcraft was launched that same year, the first multiplayer online role-playing game (MMORPG).

In 2005 the statistics showed that about 25 million people sold something on the internet. Reddit, a community news site, was launched the same year. 2005 is also very important because YouTube was launched exactly on Valentine’s Day. The first video on YouTube was the video uploaded by Jawed Karim on April 23rd. Karim was a co-founder of YouTube and his video was an explanation of what’s cool about elephants. Google bought YouTube about one year later.

In 2006 Jack Dorsey decided to launch Twitter and in the same day he published a first evet tweet “Just setting up my twttr”.

In 2008 Google decided to enter to the game of browsing and launched their Google Chrome web browser. In the same year we god HTML5 and Apple App Store that had over 552 applications in it.

Two years later Pinterest and Instagram were launched. One year later, in 2011, Google decided to take a step into the social media network war and launched their Google+. It didn’t have as much success as Facebook. In 2012 statistics showed that about 66% of users on internet use Facebook and about 12% use Instagram. The 2012 is also notable because the song Gangnam Style by PSY became the highest viewed song on YouTube. Currently it has over 2 billion views.

The 2013 is very important because former NSA contractor and CIA employee Edward Snowden decided to turn over thousands of classified documents to different media organizations. That exposed some of the top-secret data about surveillance program from government.

What can we expect from the future? I expect even more users on internet and I hope that some new innovations will happen soon. I can’t wait to see what the future will bring to us.

What do you think about the future? Share your opinion with us and don’t forget to check the infographic below for some more interesting information about the history of internet. Good luck!