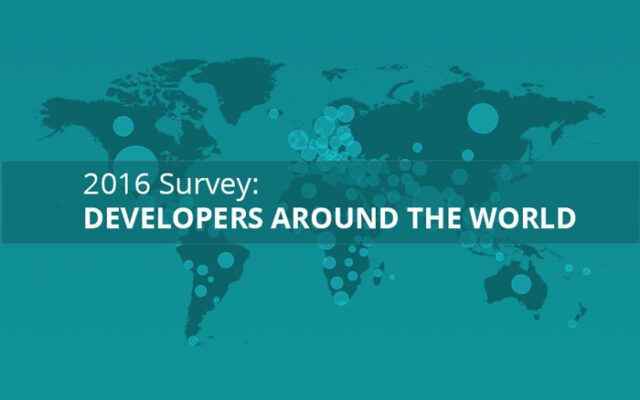 Developers around the world lead lives which are not so different from what we imagine to be. A lot of them, despite cultural boundaries, regional differences, and many other separations, share numerous similarities when it comes to their work – coding. The following data has been collected through the 2016 survey conducted by Stack Overflow which was answered by 56,0,33 coders in 173 countries. The data shows many facts about developers, their lives, the languages most developers code in, and a lot more.

A coder has a life which is full of learning. Technologies keep changing and any developer will have to accommodate herself to the changes or she will be left behind. Developers around the world want to maintain a work life balance, earn money, and keep learning.