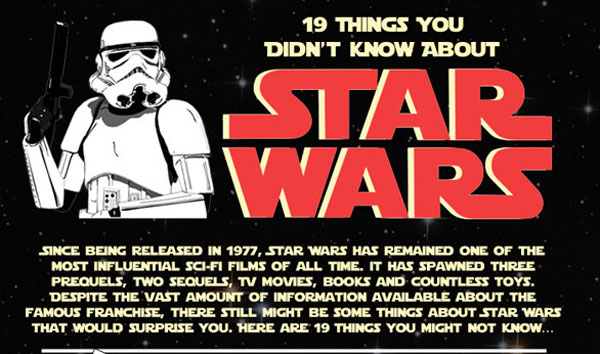 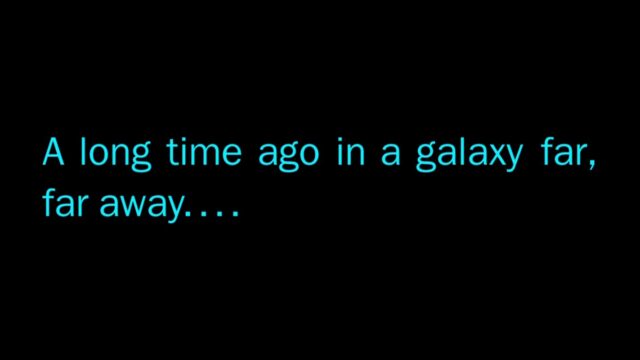 Star Wars is an American epic space opera franchise centered on a movie series created by George Lucas. The franchise depicts a galaxy described as “far, far away” in the distant past, and portrays Jedi as a representation of good, in conflict with the Sith, their evil counterpart. Their weapon of choice, the lightsaber, is commonly recognized in popular culture. The franchise’s storylines contain many themes, with influences from philosophy and religion. 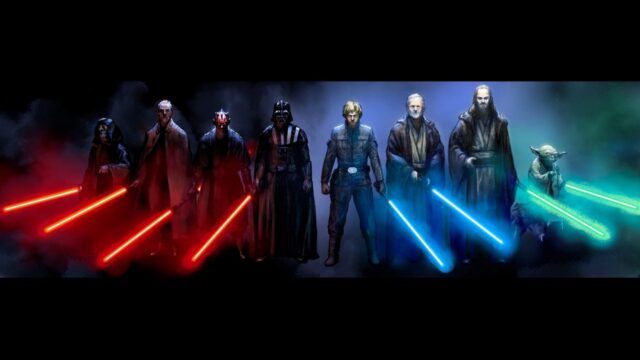 The first movie in the series, Star Wars, was released on May 25, 1977 by 20th Century Fox, and became a worldwide pop culture phenomenon. It was followed by two sequels, released in 1980 and 1983. A prequel trilogy of movies were later released between 1999 and 2005. Reaction to the original trilogy was largely positive, while the prequel trilogy received a more mixed reaction from critics and fans.

All six movies were nominated for or won Academy Awards, and all were box office successes; the overall box office revenue generated totals $4.38 billion, making Star Wars the fifth-highest-grossing movie series. The series has spawned an extensive media franchise – the Expanded Universe – including books, television series, computer and video games, and comic books, resulting in significant development of the series’s fictional universe.

In 2012, The Walt Disney Company acquired Lucasfilm for $4.05 billion and announced three new Star Wars movies, with the first movie, Star Wars: The Force Awakens, planned for release in 2015. 20th Century Fox retains the physical distribution rights to the first two Star Wars trilogies, owning permanent rights for the original movie Episode IV: A New Hope and holding the rights to Episodes I–III, V and VI until May 2022.

The Walt Disney Studios owns digital distribution rights to all the Star Wars movie, excluding A New Hope. Star Wars also holds a Guinness World Records title for the “Most successful movie merchandising franchise.” As of 2012, the total value of the Star Wars franchise was estimated at £19.51 billion ($30.7 billion), including box-office receipts as well as profits from their video games and DVD sales.

The Star Wars saga has inspired many fans to create their own non-canon material set in the Star Wars galaxy. In recent years, this has ranged from writing fan-fiction to creating fan movies. In 2002, Lucasfilm sponsored the first annual Official Star Wars Fan Movie Awards, officially recognizing filmmakers and the genre.

Because of concerns over potential copyright and trademark issues, however, the contest was initially open only to parodies, mockumentaries, and documentaries. Fan-fiction movie set in the Star Wars universe were originally ineligible, but in 2007 Lucasfilm changed the submission standards to allow in-universe fiction entries.

While many fan movies have used elements from the licensed Expanded Universe to tell their story, they are not considered an official part of the Star Wars canon. However, the lead character from the Pink Five series was incorporated into Timothy Zahn’s 2007 novel Allegiance, marking the first time a fan-created Star Wars character has ever crossed into the official canon. Lucasfilm, for the most part, has allowed but not endorsed the creation of these derivative fan-fiction works, so long as no such work attempts to make a profit from or tarnish the Star Wars franchise in any way.

19 Things You Did Not Know About Star Wars

With Star Wars: Episode VII – The Force Awakens slated for release in December, here are a few fun facts about Star Wars, put together by The American Infographic. Let’s take a look at them on the infographic bellow. May the force be with you!