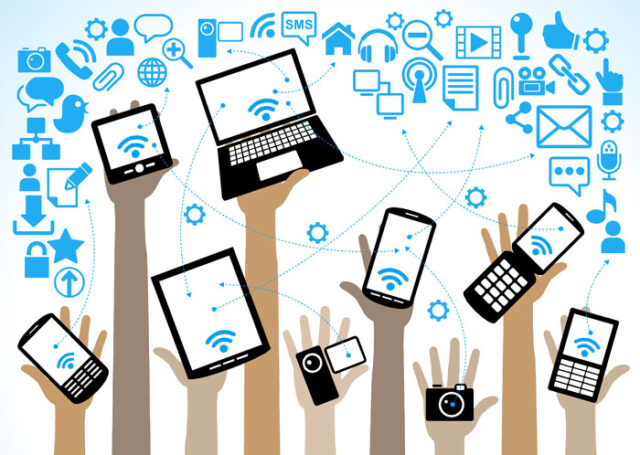 We have come a long ways from using floppy style disks on our computers and having phones that actually had wires on them. Technology in the last 15 years has catapulted forward in leaps and bounds. Like it or not the future is upon us…

The future is in our hands, literally! Back in 2000, the Internet was used 400 million people around the world, and today this figure reached three billion! And what is most interesting, two billion users access the network from mobile devices!

It’s a good deal of surprise because smart phones, tablets or phablets are relatively new technology, they have the momentum in 2007 with the appearance of the first iPhone, and they broke all the boxes when the 2010 competition finally began to wear on an equal footing with Apple. So they are no longer a privilege of the richest.

And it is interesting that the emergence of smart phones and tablets is treated as something miraculous, in terms of the spread of that happened. Although it should not be because they offer fast and efficient connection to the Internet, but also a variety of other benefits.

In 2009. Microsoft stood great, but today they sell 70 percent lower than last year and Apple’s market that is now “small” player by the number of devices sold, makes more profit than the entire market of personal computers and laptops together!

It is time to stop wonder and try to make the best of all, however, the future is in our hands! So, on this occasion, we bring you the infographic which is reviewing the most revolutionary tech in the last 15 years that has changed our lives completely: