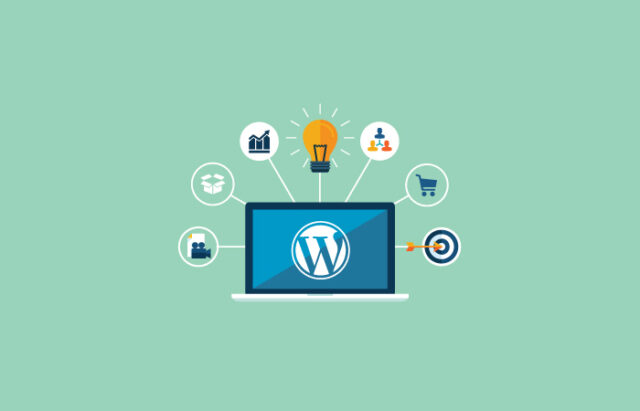 As you probably know, WordPress is the most used and most popular CMS (content management system) in the world. Some studies say that over 22% of websites run their business with the help of this CMS. But how exactly did it appear? Who developed it? And how did the simple system for blogging turn to the most powerful CMS platform? In this article I present you the complete history of WordPress that will help you to learn everything you need to know about WordPress.

Just like any other big thing, WordPress also started as just an idea. Idea made by Matt Mullenweg. In 2003 Matt was just a simple student with an idea to simplify his blogging with creating a simple blogging system that will be available to everyone. April 1st was the date when Matt decided to join with his friend Mike Little and create this system they called WordPress. About a month after that the first WordPress was released, called WordPress 0.7. But it wasn’t especially good and it needed lots of fixes and updates. That’s why it is not officially known as the first version of WordPress.  Instead of that, WordPress 1.0 was released in January 2004. This version was also nicknamed “Davis”. In case you are interested, all WordPress names were named after legendary Jazz singers. Matt also created a Hello Dolly plugin, as a tribute to Louis Armstrong.

In that time no one could expect that WordPress will present a revolution to website owners and bloggers. But still, most of the people described WordPress as the symbol of hope. This was also the start of some features we still use today. Appearance of multiple categories, lots of add-ons, better search engine optimization and easier comment moderation were just some features that should be included into great blogging system, and WordPress had them all. WordPress biggest competitor at that time, company called Movable Type, decided to increase their prices so people stopped using it and looked for some alternative. Fortunately for them and for WordPress, most of them ended up finding an alternative in WordPress 1.2, also called “Mingus”. Some of the improvements in this version included addition of sub-categories, completely new and better architecture of plugins, maximal password security, post preview, advanced options for comment moderation and much more. 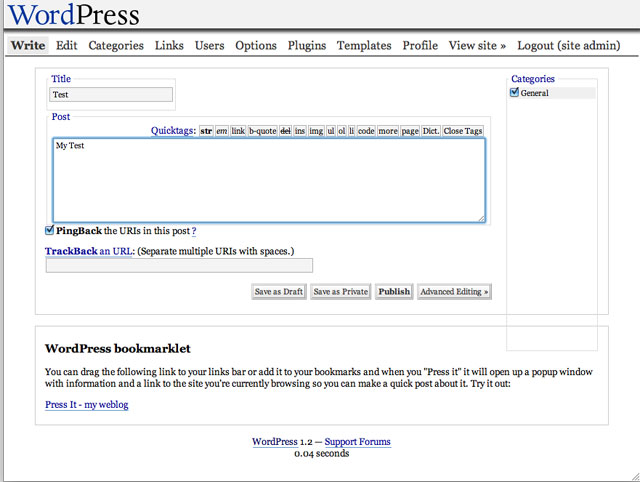 Matt became very popular among some big companies and in October 2004 he got a job in CNET. His job was to maintain their own blogs. Because of this job Matt dropped out of college and moved to San Francisco.  Matt worked at CNET for one year and in that time another update of WordPress was released, version 1.5 nicknamed “Strayhorn”. This version reached the number of over 900,000 downloads. The main feature of this update were theme and advanced customization of your site. Default theme for WordPress was named “Kubrick”, very creative and good looking theme. Another thing that was introduced were pages. Now you could have more than just a blog, you could create pages too.

In the same month he left CNET, Matt developed Akismet. Akismet is a plugin that helps users with dealing against spam comments. Akismet is largely used today and it is one of the most popular plugins. Matt also decided to make his own company called Automattic. Company raised over $1 million from investors. Two months later, in December 2015, Matt published another version of WordPress. It was called “Duke” and its official version was 2.0. The main improvements were more optimized and user friendly dashboard, faster speed and option to upload images.

During the next two years Matt published version 2.1, called “Ella” but it didn’t bring a lot improvements. These years are important because in August 2006 volunteers organized the first WordCamp that was held in San Francisco. WordCamp is an event where people can discuss stuff about WordPress. Today we can find over 350 WordCamps in about 48 countries. The main camp is held in San Francisco every year and at that one Matt always presents his annual conclusions and updates. First WordCamp outside San Francisco was held in Beijing in September 2007. Matt’s company, Automattic, was growing large and fast and in January 2008 purchased company Gravatar. If you can’t remember what Gravatar is think about your avatars or you can call them pictures of your profile on WordPress site. In the same month another Automattic funding was held and they raised about $29,5 million thanks to different investors. Next three versions of WordPress were just a beginning of a final and complete version. First we got 2.5 version called “Brecker” that offered better tag management, built-in galleries and better dashboard. Brecker was launched in March 2008 and in December of the same year we got version 2.7 also familiar with the name “Coltrane”. There were no major updates with this version expect for better automatic upgrades and new customizable interface. This version is also famous because it reached the number of more than 500,000 downloads in just nine days. Version 2.9, known as “Carmen”, was released in 2009 and it included easier video embedding and image editor. This version reached more than 10 million downloads.

And now we reached June 2010 and version 3.0 called “Thelonious”.  This version fixed a large number of bugs and included a new default theme called Twenty Ten. This version also presented a custom post types which allow a complete customization of post types you use. For example, before you had only posts and pages but now you could create a completely different post type just for trees and another one just for animals. That is also the main difference between CMS and blogging system. This version reached a number of over 65 million downloads. Few months later another update was called, version 3.1 called “Gershwin” which offered a new and modern design of dashboard, new default theme called Twenty Eleven and introduced the admin bar that you see in the top of you page when you are logged in. Some studies said that 2011 in that time more than 12% of all websites in the world used WordPress. In July of the same year it was announced that there is over 50 million blogs that use WordPress. In the 2012 another two versions of WordPress were introduced. First there was 3.4 called “Green” that brought another new default theme, this time called Twenty Twelve, retina design and new, more advanced theme customization. Just few months later WordPress 3.5 called “Elvin” but it didn’t bring any notable updates.

And then in December 2013 WordPress published 3.8 version also known as “Parker”. This update was very important because the whole design and fell of complete dashboard was changed. Another big thing is that WordPress was finally completely responsive and could work great on any device. Also, Twenty Fourteen became the default theme. 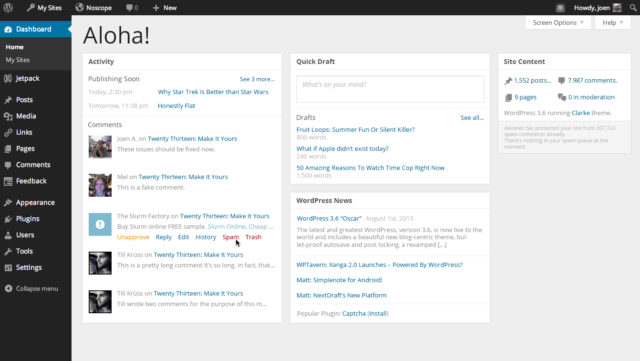 In April 2014 version 3.9, called “Smith” was released. This update presented a better visual editor, gallery previews and a complete translation to more than 40 languages. We also got another default theme called Classic 3.8.

On April 23rd in 2015 WordPress got another update called “Powell” and it was version 4.2. This version was downloaded over 46 million times and about 23% of websites on the web used WordPress which is a number of about 74,6 million websites. When Powell version was released WordPress also got to the number of over 37,000 plugins. 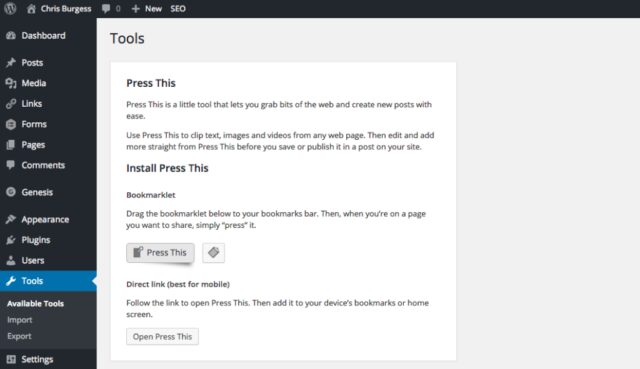 And the last version of WordPress, one we use today is version 4.3 with the nickname “Billie”. Key features of this version were shortcuts and text patterns. For example, if you put # you created H1 text, if you put ## you created H2, ### for H3 and similar. If you want to create quote all you have to do is use ‘>’. Another feature in this version is a completely new way for customizing your menus. Menus are now updated through the live-preview customizer. Another great thing are great security improvements. WordPress 4.3 implemented a much better password strength meter and great default password generator. Another great thing is the possibility of editing favicon with an included editor. There were lots of other features you can explore if you use WordPress. What to expect in the future? Well, we can expect more and more version with more different improvements.